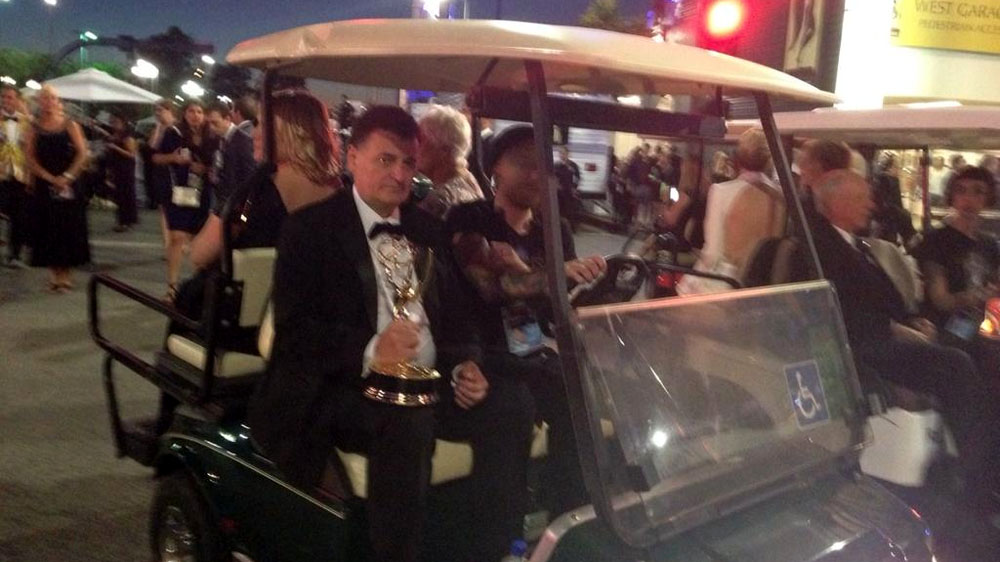 Ben Stephenson, Controller, BBC Drama, commented: “It’s great to see Sherlock being recognised so spectacularly at the Emmys. I’m delighted that the BBC is home to so much world class acting and writing talent.”

Steven Moffat added: “When we started on Sherlock, we thought it was a simple, private thing – good but not celebrated. We are still reeling from its success, and the joy it has brought so many! We came out to LA thinking we would take nothing home but the memory of a great night. To have won seven Emmys in total is something none of us will ever forget.”

Sherlock will return for a one-off Christmas special in 2015, followed by a series of three new episodes in 2016.

> Here’s everything we know about the Christmas special and Series 4 so far.

What do you want to see in next year’s Christmas special? Let us know below…