Set inside a Men’s Prison, Screw features a team of prison officers led by Nina Sosanya.

We took a first look at Screw back in October, Channel 4’s tense new drama series set in a busy men’s prison.

Inspired by writer Rob Williams’ (Killing Eve) real-life experiences of working and volunteering in prisons, the series promises to show us a view of incarceration unlike any other. The broadcaster have now released interviews which give insight into the characters. They also tells us what we can expect from the show. 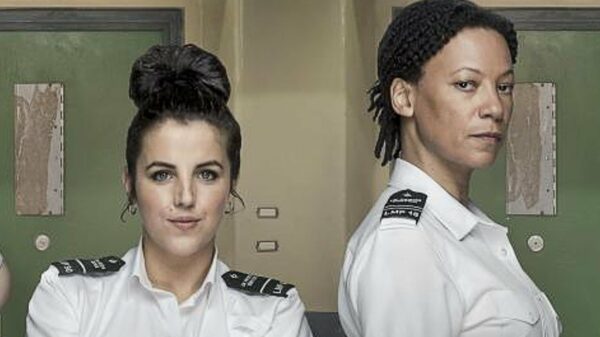 First up, Nina Sosanya talks about her character Leigh Henry’s take on prison:

She absolutely lives for her job, which ordinarily makes my heart sink when you hear that in a character breakdown. But when you look at what this job actually is, it’s completely fascinating. She utterly believes that she can and should be trying to make a difference within a system that she sees as broken. She runs her wing like the captain of a ship, according to her own beliefs and rules, and doesn’t particularly trust anybody else to do the job as well as well as she can. She finds it easier to relate to the prisoners than the staff members, and this causes incidents.

She’s quite unpredictable and enigmatic, but she’s compassionate and trying to do the best she can within a broken system. One of the things that she says is about how these people have already been judged – the loss of liberty is the punishment – so the officers’ job is to look after them while they’re here, to make that time as beneficial as they can. 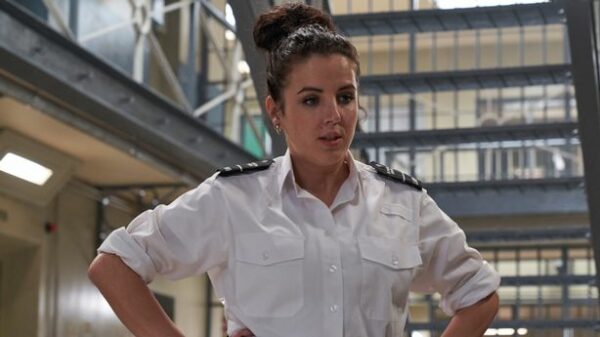 There’s quite heavy stuff in there, but they’re trying to keep it as true to life as possible because not everything is doom and gloom – even in dramatic times, there’s some sort of a silver lining. It’s a survival instinct to find the lighter side of things, especially when the reality you’re faced with is quite dark.

Also in the cast are Faraz Ayub (Line of Duty), Stephen Wight (I May Destroy You), Ron Donachie (Game of Thrones) and Laura Checkley (Detectorists).

What is prison for?

Writer, Creator and Executive Producer Rob Williams goes on to talk the efforts made to ensure the show is grounded in truth:

Every script was read by serving prison officers and our main advisor is a serving prison officer who has been incredibly helpful. John Podmore was great early on when I was working on the big story arcs – he used to be a prison governor in Brixton and Belmarsh, and is still involved in that world. I spoke to Mark Fairhurst of the Prison Officers Association as well, and we’ve been incredibly careful to talk to some of the groups and charities that have a stake in the various issues we address through the show. We’ve been careful not to just assume anything.

Everyone has been raving about the set. It’s incredible. Midway through the shoot, we did some exterior shots in a different part of Scotland and I’m so glad we did because people were feeling very, very oppressed by that set. Even though Kelvin Hall, where we built the set, is a huge space, you could tell people were feeling as though the walls were closing in a bit, so people were very pleased to be stepping outside.

He also discusses his desire for Screw to make people think:

First and foremost, I hope it’s a piece of drama that people enjoy and anything else that comes from that is wonderful. The biggest win would be something as simple as people thinking that prison isn’t what they thought it was, because it’s far richer than it’s given credit for. I’d hope they would ask whether it’s the best way for the inmates to be spending their time. If it’s not helping them, then it’s not helping us because they will all come out again. The question we all need to be asking is: what is prison for?

Screw is an STV Studios production. It begins at 9pm, Thursday 6th January on Channel 4.