Picking up directly from the cliffhanger ending of ‘Mistfall’, the opening part of this return to E-Space Trilogy, we find the Fifth Doctor and friends in pursuit of a vital TARDIS component which will allow them to return to their native universe.

Crash landing in an icy medieval realm, they abandon the TARDIS moments before it sinks below the ice, and find themselves at the mercy of both the elements and the ferocious local wildlife.

Rescued by a headstrong princess who is out hunting snow beasts, they find themselves honoured as guests of Isenfel. Introduced to a society in which survival balances on a knife edge, it is not long before they discover the shocking implications of their arrival.

Doctor Who stories with a three companion line-up often struggle to keep everyone gainfully employed, but Matt Fitton’s script finds plenty for all to do. Turlough is favoured with some excellent scenes for Mark Strickson and Princess Inger (Joanna Kirkland); the boy becomes the object of the impressive Princess Inger’s affections and she amusingly interprets his lack of enthusiasm for hunting as playing hard to get! 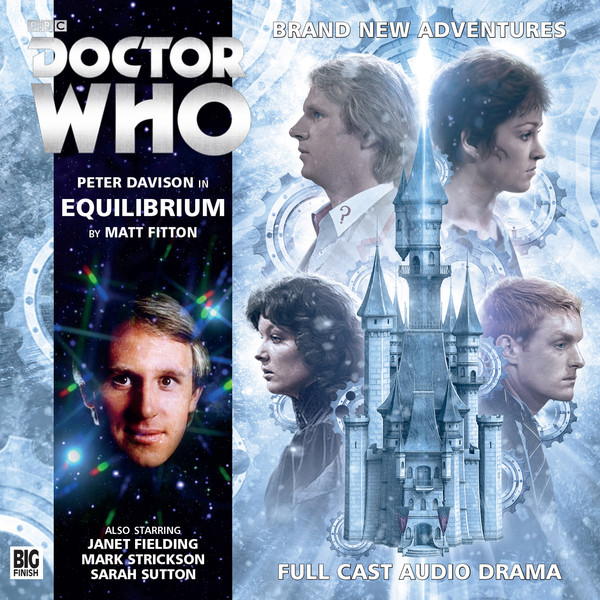 Chafing at the thought of being waited upon, Tegan immediately gravitates towards the role of agitator, but an older and wiser Nyssa knows better and the story draws on both her aristocratic Trakenite heritage as well as her maternal experience.

Annette Badland (Wizards vs Aliens) leads the guest cast playing Queen Karlina. Despite clearly having the strength to make tough decisions, the Queen is also thoughtful and able to see potential in the Doctor’s arrival. Badland grants her ruler a fragile nobility and there are superb scenes between her and Peter Davison, as well as the Queen’s mysterious advisor, Balancer Skaarsgard (Nikolas Grace).

The story leads directly into the finale of this trilogy, ‘The Entropy Plague’.

Extras: The tale comes with fifteen minutes of interviews with cast and crew, where the themes of the story are considered, as well as a seven minute music suite.

Released in February 2015 by Big Finish.