The deliciously creepy Bilis Manger returns to the Torchwood fray in Curios, the latest release in the monthly audio range. This new adventure continues Big Finish’s efforts to explore interesting corners and unseen episodes in the Torchwood timeline, taking the opportunity to provide fresh perspectives on events that play out before or after known points in the established canon.

In the dark days of World War Two, after the fall of France and before the US ended the UK’s isolation by joining the war effort, Jill Anderson, an enthusiastic and determined young woman, is sent on an unusual mission to a mothballed Cardiff coal mine.

In the shafts deep below the surface, essential treasures have been stored to protect them from German bombs. Art from the National Gallery has been joined by materials from the Torchwood archive. It’s this latter collection that Jill has been recruited to catalogue, although she knows little about its provenance.

It’s a far from glamorous posting, and it would be a very solitary as well as a claustrophobic endeavour. Except that Jill discovers another archivist at work below ground, the mysterious and mercurial Bilis Manger. As the days pass Jill tries to discern if Bilis is simply a dedicated, if unusual, work colleague – or if he might be delusional as well as eccentric.

But as he rummages amongst the crates of fine art, collectibles, curios and oddities, Jill comes to wonder if Bilis might have an agenda other than the methodical recording of these underground delights. And more alarming still, it seems that there might be something else lurking in the darkness, a menacing force that resents the pair’s presence.

First appearing in Captain Jack Harkness, the twelfth episode of the first TV series, Bilis Manger has long been a fan favourite. He’s a villainous enigma that has already been explored to great effect in the audios Deadbeat Escape (2018) and Dead Man’s Switch (2019).

Once again Murray Melvin is predictably fantastic as the unnerving and unpredictable scoundrel of the piece. Rosie Baker is excellent too as the impressively resilient Jill, who holds her own against the pair of repellant caretaker guards (Church and Hall, no less), keeps her own rising panic in check and refuses to simply accept the constantly shifting narratives of her work companion.

As time ticks by, hidden elements of Jill’s own troubled backstory emerge, and what had been the obstructive and obnoxious behaviour of the guards descends into something far worse. Jill once again shows her mettle by confronting this new threat head on.

But ultimately Curios pivots on the evolving nature of the relationship between Jill and Bilis. This is in essence a two-hander character drama, a subterrean card game in which both players gradually reveal more of their hand. James Goss’ script gives both actors some terrific dialogue to play with while the relatively simple plot ratchets the tension below ground to unnerving effect.

This is very much in the style of a tingling ghost story rather than an out-and-out horror, with Blair Mowat’s atmospheric musical score, and spatially aware sound design from Naomi Clarke and Peter Doggart, building the disquieting mood.

The story ends with some well rendered twists that leave open the possibility of a new and intriguing partnership. There are no wider implications for the Torchwood canon, other than to extend the Bilis Manger story. But while the outcome of last month’s Empire of Shadows felt inconsequential (albeit entertaining) this latest rifling through the Torchwood archive seemed to have unearthed something more likely to be kept on one side for future reference. 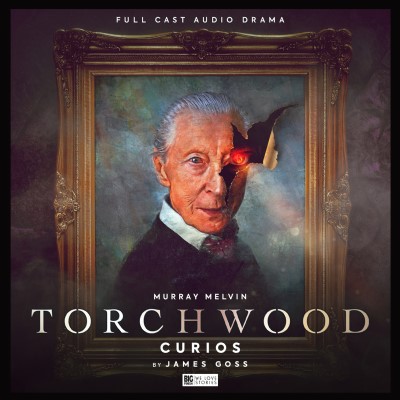 Torchwood: Curios is available now, in CD and digital download formats, from the Big Finish site.