During her three seasons on Doctor Who, Clara Oswald appeared to take on several guises.

Through Jenna Coleman’s introductory storyline, which involved splinters of Clara living out doomed lives in proximity to the Doctor, we were introduced to the companion as an enigma… or as the Doctor memorably named her­, the “Impossible Girl”.

With that mystery resolved just prior to the show’s 50th Anniversary, Clara abruptly became a school teacher, struggling to balance her job against travels with a newly regenerated, less user-friendly Twelfth Doctor and a budding workplace romance with Maths teacher Danny Pink in 2014’s season.

Finally for 2015’s run, Miss Oswald shed the school after the season opener to become a confident thrill seeker – fully committed to life with the Doctor until it led her to her death (and subsequent ‘resurrection’ in the moment just prior to it).

After her final departure from the show in ‘Hell Bent’, we were left with a few questions though…

Why was “aged 16” omitted in Clara’s travel book? 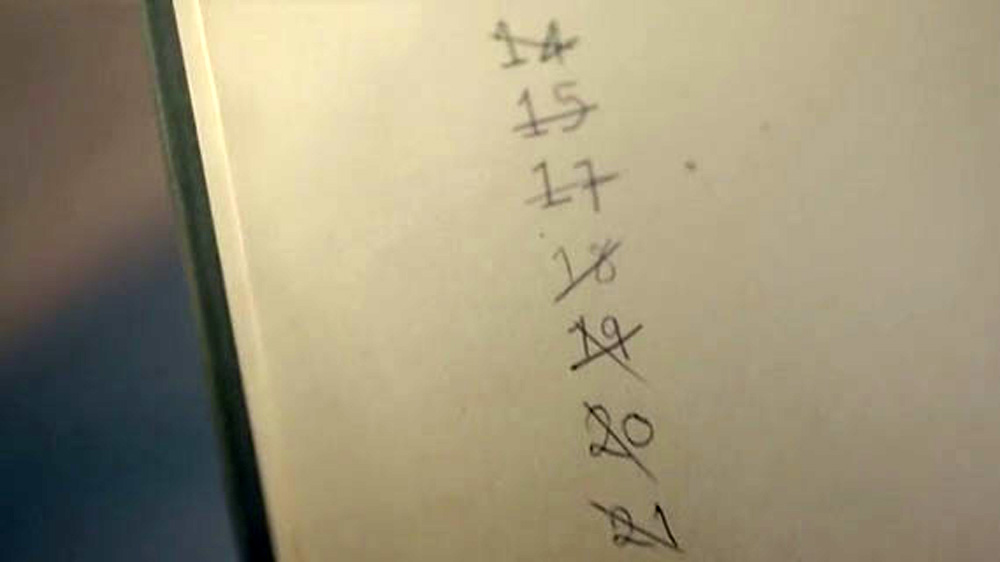 In ‘The Bells of Saint John’ we met the original Clara with particular attention given to her plans for travel, chronicled in the journal ‘101 Places to See’ which had previously belonged to her late mother.

Yet, in the list of ages from nine to twenty four, there was no age sixteen.  It seems odd that the age was omitted in the list if there was no significance to it. Did she go off the notion of travel, lose the book or simply forget to update her age?

Or, with his penchant for rifling around for information in his companion’s pasts, did the Doctor cause a year to go missing. To be fair, Steven Moffat has form for missing years – he is still to give us an answer for Captain Jack Harkness’ missing two years as a Time Agent!

How did Clara’s mum die? 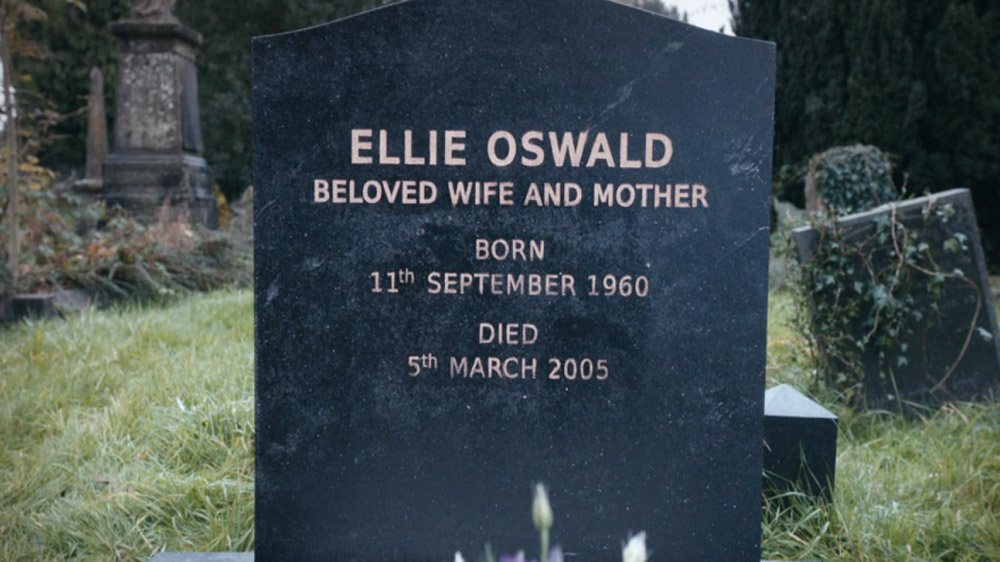 Despite being a pivotal influence in her life, we never found out how Clara’s mother died as Ellie Oswald only featured in ‘The Rings of Akhaten’ and a brief prequel.

However, the date on her grave is a rather familiar one; 5th March 2005 is the in-universe date for the abortive Auton invasion we saw in ‘Rose’ – something Clara never mentioned if she was present for it.

What does Clara remember? 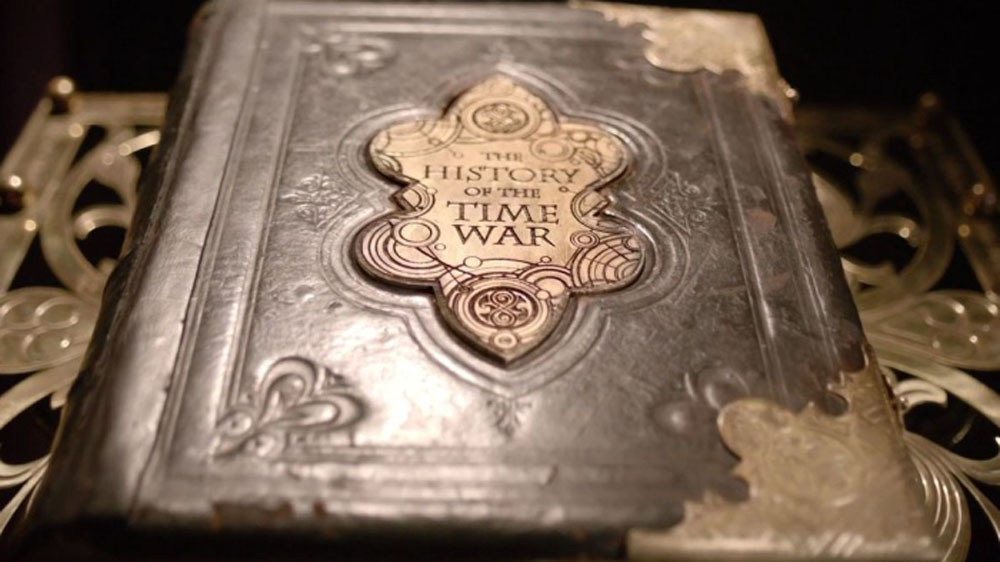 During ‘The Name of the Doctor’ when the aged TARDIS was suffering a size leak, Clara was able to recall information from the aborted timeline of ‘Journey to the Centre of the TARDIS’. If she remembered that, we have to wonder if she recalled something rather more important – and if she still does.

In that TARDIS-bound tale, Clara happened upon the ship’s library and peeked in a book titled “The History of the Time War”. From this, she later claimed to know the Doctor’s real name.

While this was doubtless a tease to get us primed for Season 7’s finale, ‘The Name of the Doctor’, we cannot help but wonder if this is something she still recalls?

On that subject, having bounced around like a leaf on the wind in the Doctor’s own personal time stream, does she recall her encounters with the other Doctors? She certainly did while still inside his time line and there is a suggestion in ‘The Day of the Doctor’ that she does recall them “a bit”.

In truth, there is a wider question about what Clara knows, both pre and post “Impossible Girl”. We never found out if she had knowledge of previous 21st century Earth-based stories, such as the Daleks and Cybermen battling over the skies of Canary Wharf, the planet being moved in ‘The Stolen Earth’ or the Sontarans poisoning the sky with ATMOS. 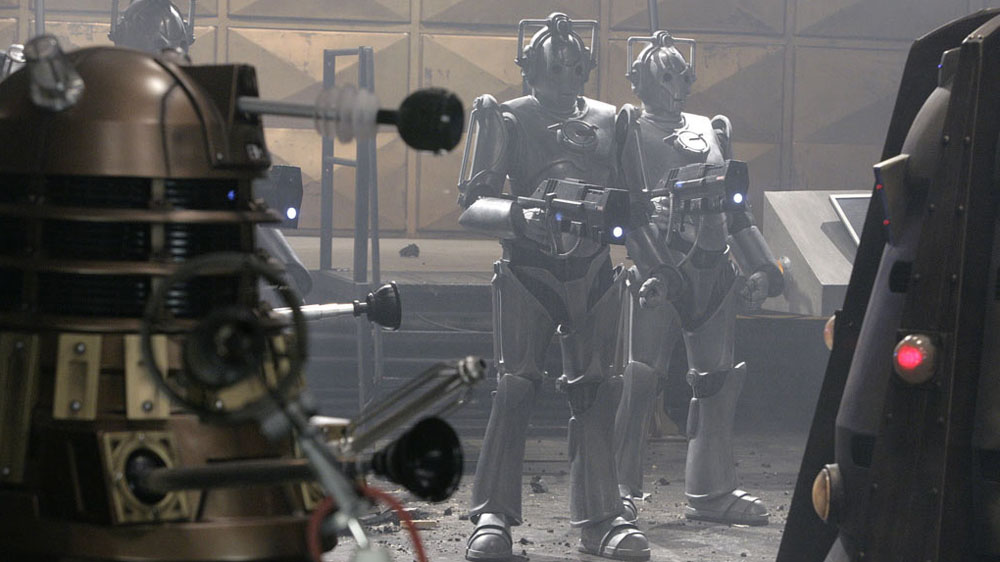 From our point of view, the first time Clara actually meets the Daleks properly is ‘The Time of the Doctor’ and it’s never acknowledged if she recognises them there – although she would be well acquainted with them through the anniversary special where she shared the screen with a recently deceased one (which the three Doctors used to break out of the Gallifrey Falls painting and into the UNIT Black Archive).

While it is not actually stated during ‘Nightmare in Silver’, her conversation with Porridge seemed to suggest it was her first encounter with the Cybermen too. Certainly she is unaware of their abilities… at one point questioning if they can fly!

With her predecessor Amy Pond, her exposure to the crack in time plot explained why she did not recognise then, and with Donna Noble lengths were taken to illustrate her ignorance. If feels like the whole issue was side-stepped for Clara, but probably with good reason – as viewers we need her to ask the questions and be at minimum on a par with the viewer, if not a step or two behind.

Will we discover next year if Bill remembers Cybermen crawling out from graves ‘Death in Heaven’ or the Zygon invasion of, er, ‘The Zygon Invasion’?

How did Clara and the Doctor get safely out of his time stream? 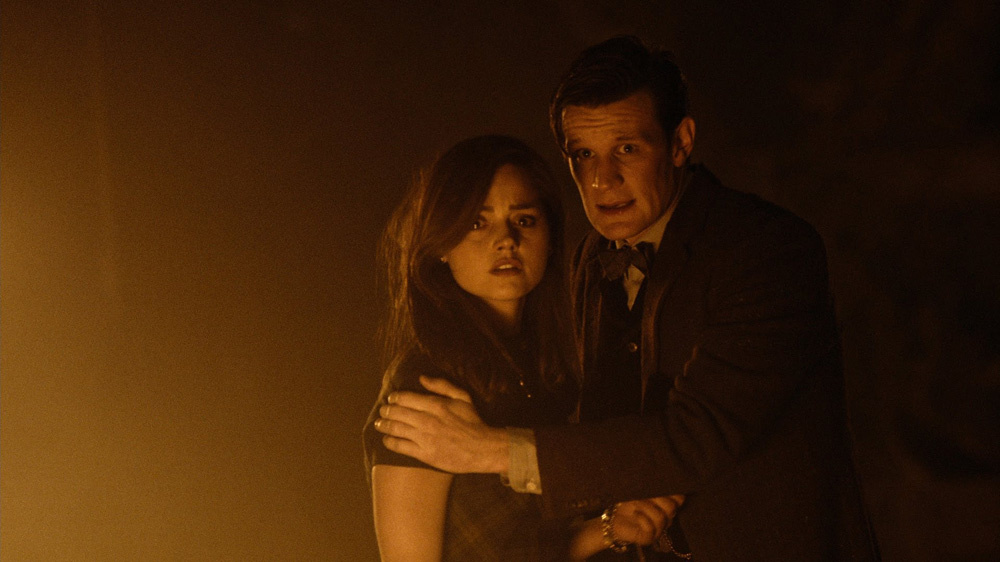 Okay, so we know that the end of ‘The Name of the Doctor’ is all about the shock reveal of the War Doctor, John Hurt’s hitherto unheard of incarnation of our favourite Time Lord, but how exactly did the Doctor and Clara exit his time stream?

Are we to assume the Doctor has the ability to wander in and out? Before he entered the Great Intelligence was warned “Once you go through, you can’t come back!”, and River Song was dead against the Doctor going in to save Clara, to which he cryptically responded “She’s got one advantage. She’s got me.”

Locating Clara inside his own collapsing time stream, using the memory of her leaf (the totem of her Mother’s lost days sacrificed to save the Akhaten system), the Doctor and Clara’s exit from was somewhat overshadowed by the reveal of his “secret” and remains a mystery.

When exactly did Clara become a teacher? 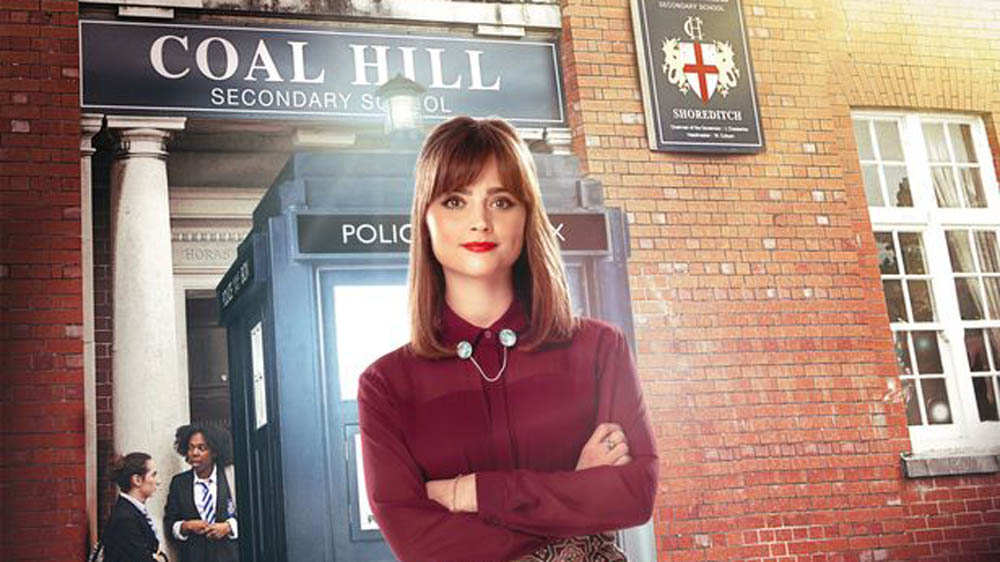 Despite working as a live-in nanny of sorts when we first met the ‘present’ version of Clara, echoing her role as Governess in ‘The Snowmen’ (and perhaps even “Junior Entertainment Manager” on the Starship Alaska from ‘Asylum of the Daleks’), are we to assume she had previously trained as a teacher but was yet to take up a position at a school.

Given she is 24 years of age, this seems quite possible and perhaps after qualifying, but before taking up a regular teaching position, she decided to go on her travels.

Of course, there’s the Coal Hill School connection to consider – manoeuvred neatly into place to make the link with the programme’s first story for the start of the 50th Anniversary Special – but we are left to wonder if Miss Oswald was ever aware of the extent of the Doctor’s connection with the school.

Indeed, with a certain “I. Chesterton” listed as the Chair of the Governors, might we assume that the Doctor had a hand in her selection? Perhaps gently smoothing over questions of her career break?

What was Clara going to tell Danny in ‘Dark Water’? 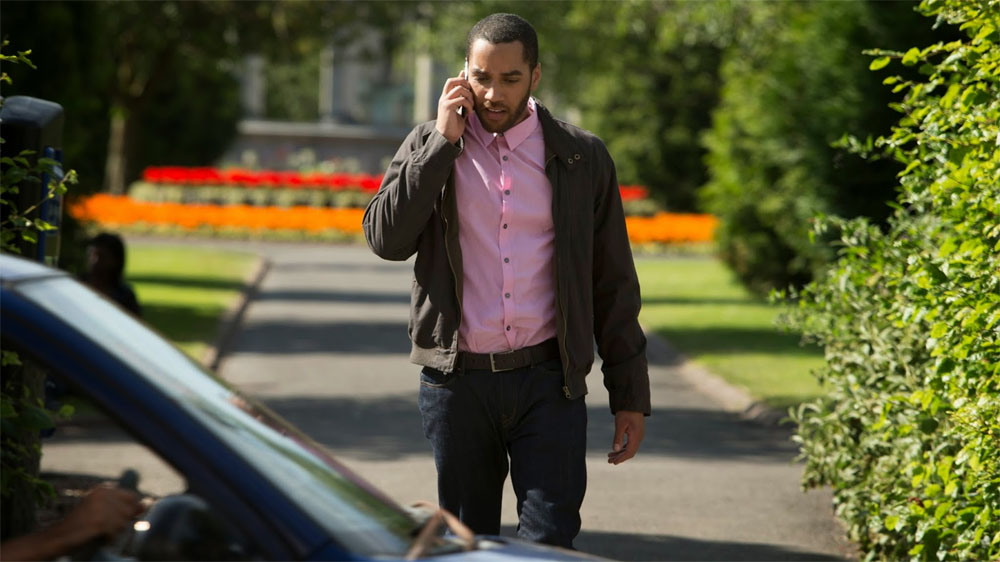 Among all the post-it notes on the wall of Clara’s flat in ‘Dark Water’, the one saying “Three Months” seems most pregnant with possibilities, if you know what I mean. Unless it was simply meant to indicate how long, in story terms, that Clara had been lying to Danny about her travels with the Doctor?

When you mix in the unresolved ancestry of Orson Pink from ‘Listen’, we cannot help but wonder if that “Three Months” note is the vestige of a storyline not taken, should Jenna Coleman have chosen to leave at the end of that run. It has been reported that she changed her mind about going both at the end of Season 8 and then again after ‘Last Christmas’ when she committed to a further season of adventures.

Equally, with a pregnancy intrinsic to Amy’s storyline would they really have wanted to take that path again?

Finally, there are two vitally important questions we need answers to…

What are Clara’s other most ‘disgusting things’? 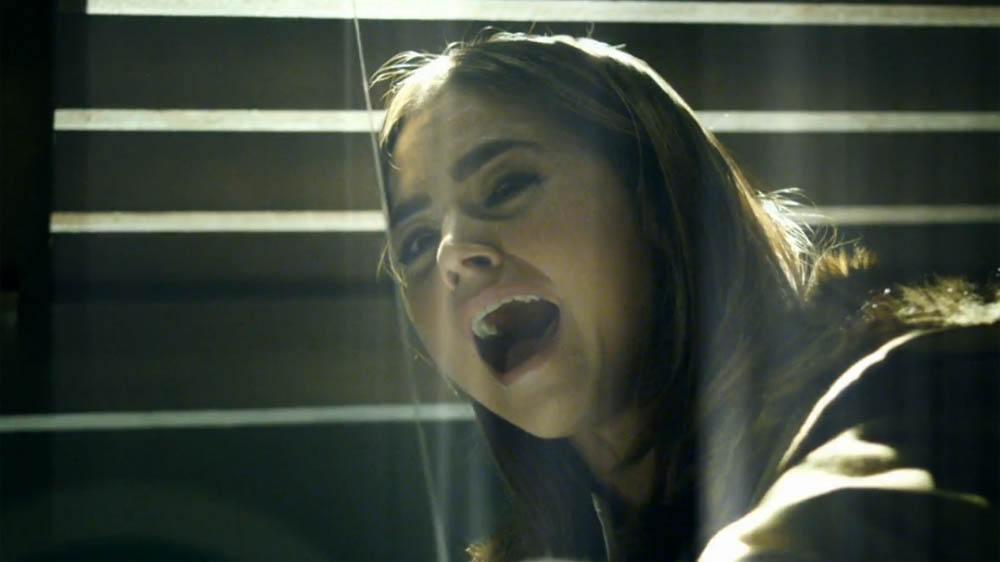 If whisky is the eleventh most disgusting thing ever invented, as Clara told Emma Grayling in ‘Hide’, what else is inside her countdown of dislikes? (Presumably the list includes the Doctor being a total creep at the end of ‘Nightmare in Silver’, going on about her being “squeezed into a skirt that’s just a little bit too tight.”)

What was the story about the pigeon? 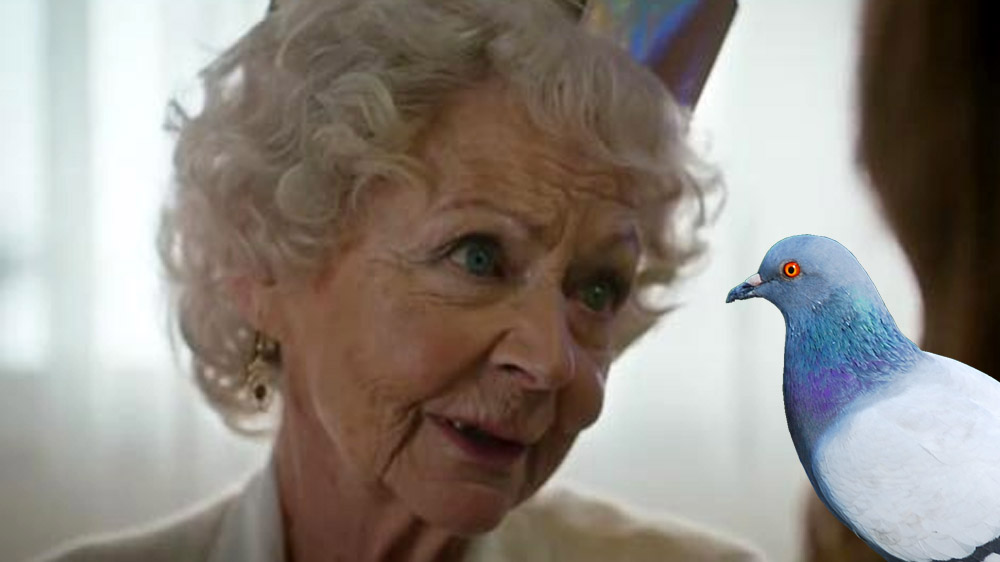 In ‘The Time of the Doctor’, what was Clara’s Nan’s story about “the pigeon in the restaurant” and why was her Dad so insistent that it be told during Christmas dinner?

What else did we never find out about Clara? Let us know below…