Well, would you look at that, we’re nearing the end of Season 9.

Whoosh. Don’t feel blue. We’ve got some exciting stuff to come: something involving Rigsy and a raven, an episode solely featuring Peter Capaldi, and (hopefully) the resolution of this season’s main story arc: the ‘Hybrid’.

The Hybrid isn’t the only arc this season, however, and it may well end up intersecting with some of the other story threads that are becoming increasingly important as the season concludes.

So, while we’re waiting for the next episode, let’s take a look at everything the show has set up and still has to answer. Those with an allergy to question marks and wild theorising may wish to avert their eyes. 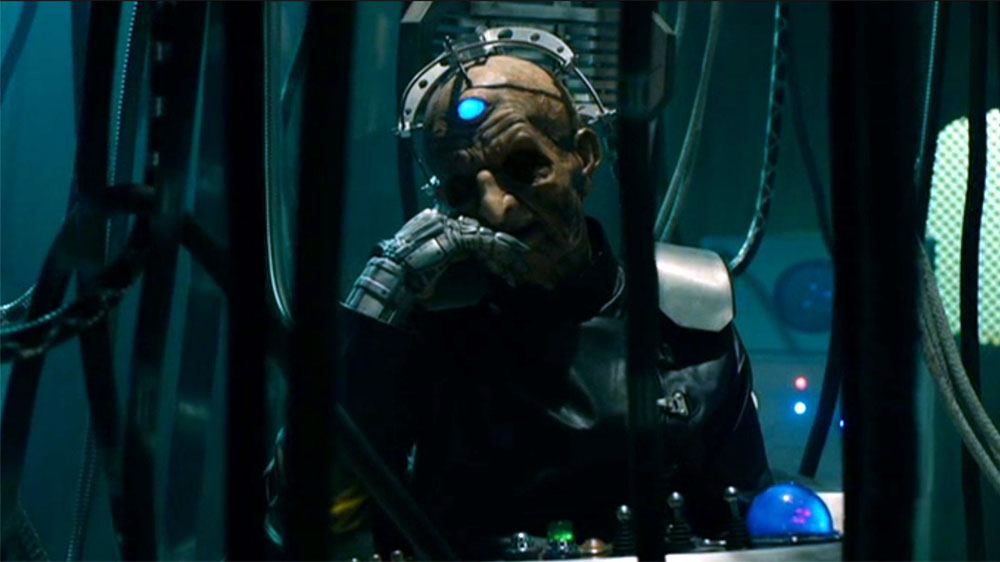 It’s the megalomaniacal pistachio Davros who first brings up the subject in ‘The Witch’s Familiar’:

‘There was a prophecy Doctor, on your own world. It spoke of a hybrid creature. Two great warrior races forced together to create a warrior greater than either. Is that what you ran from, Doctor? Your part in the coming of the hybrid? Half Dalek, half Time Lord?’

Davros assumes that the hybrid will be half tin can, half Time Lord, just because they have history together. But the prophecy is delightfully vague enough to let you make any interpretation you wish. It could be Sontaran and Movellan for all we know (a look which I think would result in a disco-themed Mr Potato Head). 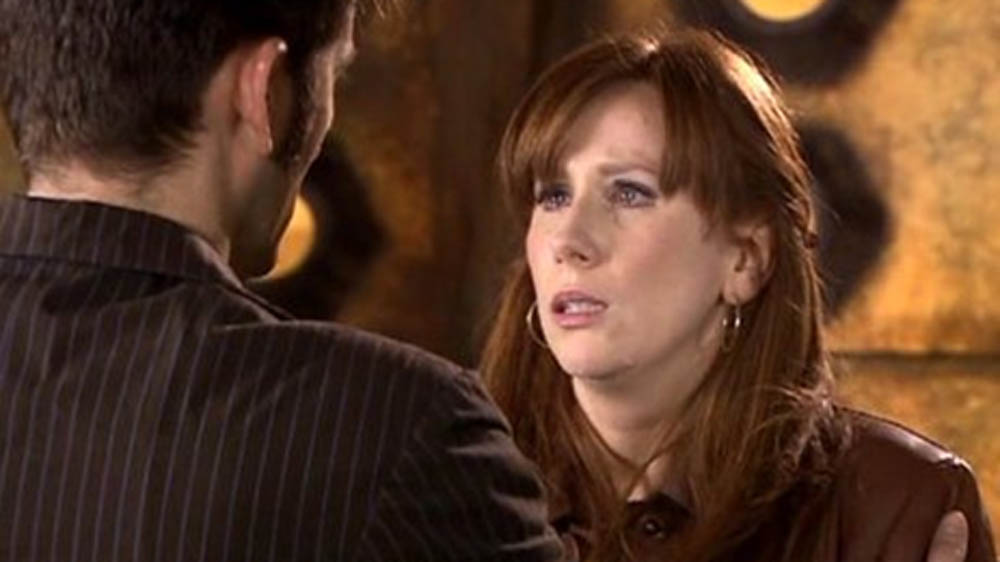 Humans have a proclivity for knocking seven bells out of each other too. Could it be that the hybrid will be Human and Time Lord, like 2008’s Doctor/Donna? (Perhaps her inclusion in ‘The Girl Who Died’s flashback to ‘The Fires of Pompeii’ is actually significant?)

Or Human and Dalek, like the Oswin Dalek (Oslek) in ‘Asylum of the Daleks’? (Let’s not dwell on 2007’s ‘Daleks in Manhattan’.) And if so, could that Human be Clara? (See ‘Clara’ below for more rampant speculation).

Of course, just because it’s a Gallifreyan prophecy doesn’t mean that the hybrid will be half Time Lord.

We’ve already seen a hybrid of two other great warrior races being made – Ashildr is a combination of Viking and Mire – but her being a hybrid is laid on so thick that it seems like too much of a red herring. 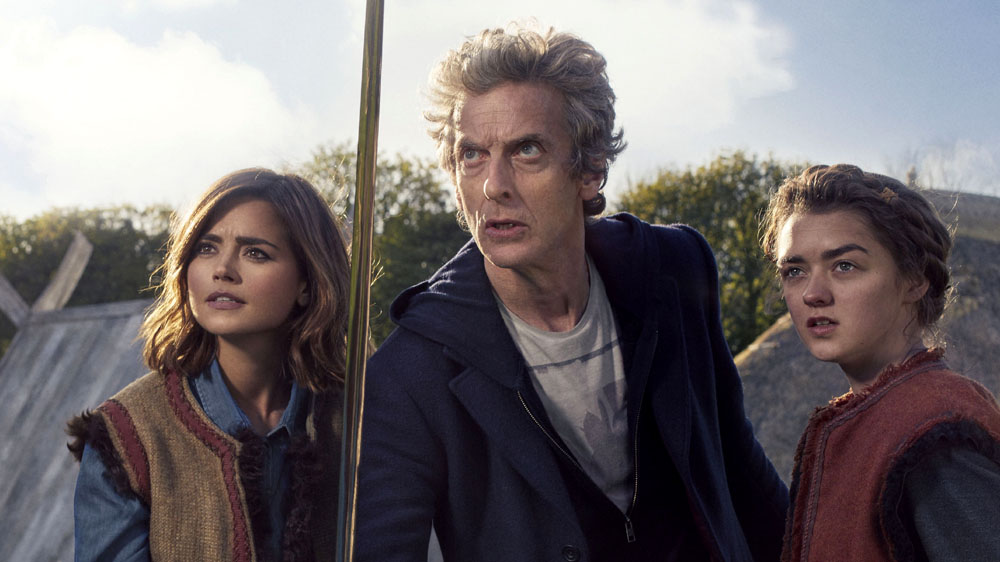 Likewise, listen out during ‘Invasion of the Zygons’, as the h-word is bandied around there too in a way that matches the prophecy but feels like another feint.

It’s looking likely that when we see the hybrid created it’ll either be in the finale ‘Hell Bent’, or be part of that whopper of a cliffhanger Moffat’s been teasing for over a year now. 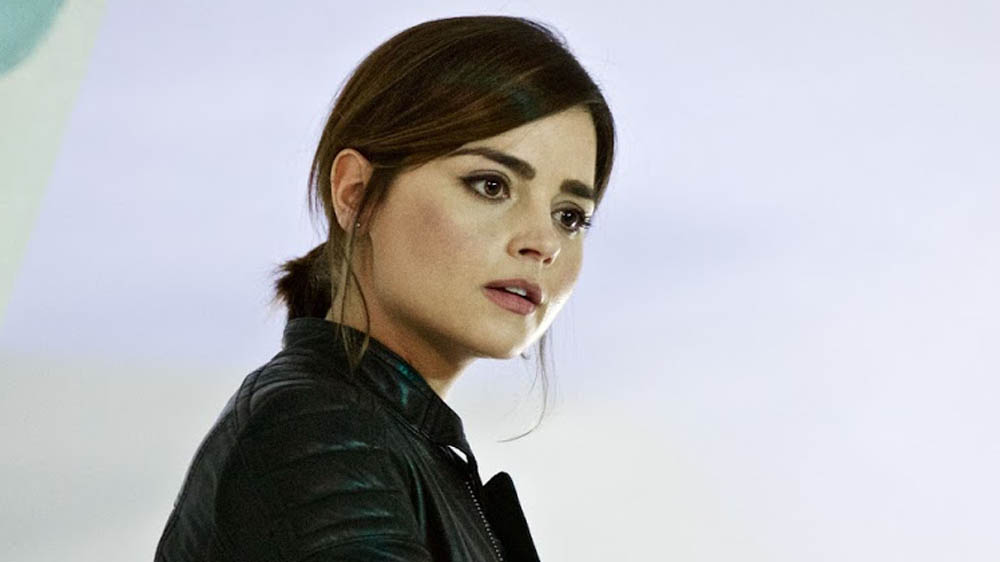 Jenna Coleman’s leaving, but where will that leave Clara?

A lot of folks are guessing dead, with her various previous almost-exits have seemingly left few other options.

Killing a companion would be a bold move. Well, it might be if death wasn’t so pliable these days. Rose, Donna and River ‘died’ in their own ways. Meanwhile Rory was on fist-bumping terms with the Grim Reaper, and even when he and Amy were zapped into the past by the Weeping Angels it was to live to death. In this show, unless you’ve died in New York, resurrection is a doddle.

But let’s assume she’s going to die proper. The clues are all pointing to a sticky end, with some heavy foreshadowing regarding her recklessness and The Doctor’s duty of care to her, and references to her own mortality in ‘The Girl Who Died’ and ‘The Woman Who Lived’. 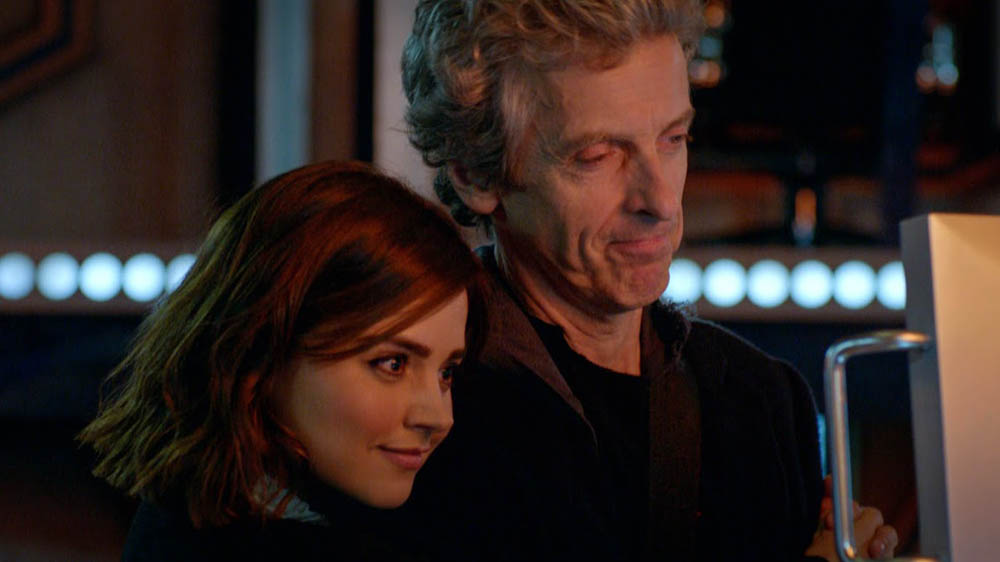 In fact, she might not make it to the end of the season if rumours are to be believed. Episode 10, ‘Face the Raven’, promises that “not everyone will get out alive…”

The next episode, ‘Heaven Sent’ sees The Doctor entirely on his own, while the finale, ‘Hell Bent’, features this dialogue:

‘Nothing’s sad till it’s over. Then everything is.’

‘Tell me about her.’

Is Coal Hill’s going to have to advertise for a new English teacher soon? If there’s an argument against that, it comes from ‘The Woman Who Lived’, where Me says she’ll become the patron saint of The Doctor’s leftovers, watching over them, only to then turn up in Clara’s selfie.

Is Clara just going to be left behind rather than left for dead? 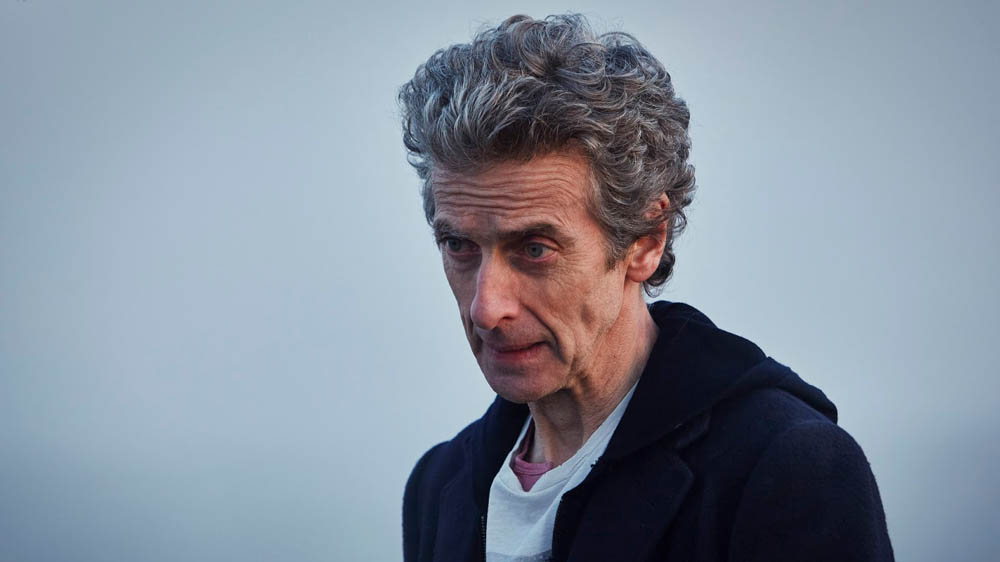 It’s the sci-fi Chekhov’s Gun: once we’ve seen the confession dial, we know it’s going to open at some point.

It contains information that The Doctor is not keen to share until he’s dead and become a shiny twisty light. It’ll almost certainly be something to do with the hybrid. How you can make a confession for something that hasn’t happened yet might seem odd, but it’s probably standard in a time-traveller’s will.

I’ve got a weird and probably wrong feeling that whatever is on the confession dial is going to save the day come ‘Hell Bent’. It’s very Doctor, and especially Moffat’s take on The Doctor, to be so prescient, so far ahead of the game, as to be able to plan for an eventuality long before it appears.

You may have a weirder, more correct theory. Do share it. Or stick it on a confession drive and open it in on December 5th, along with the corresponding door on your advent calendar. 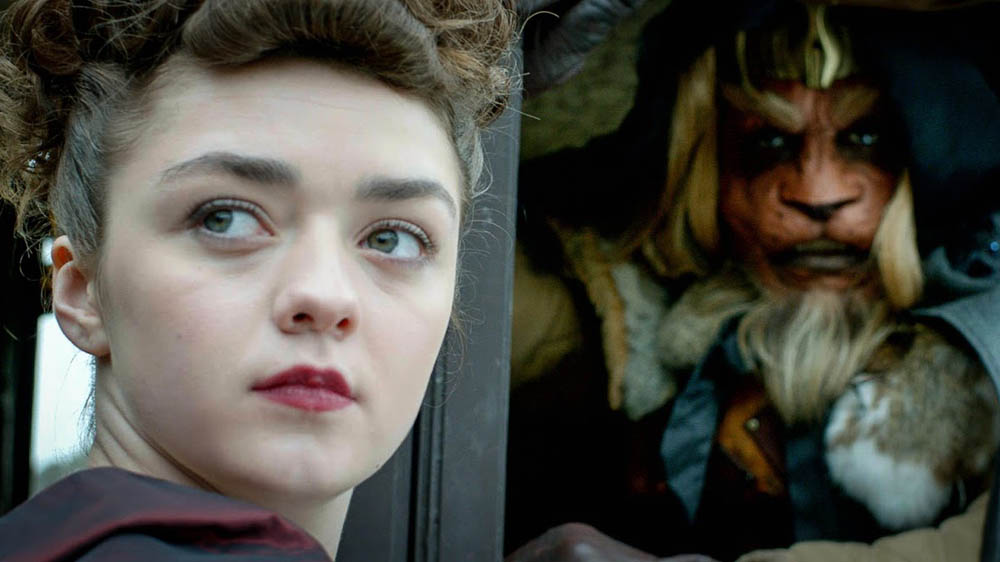 The announcement that Ashildr/Me would be back in ‘Face the Raven’ means you have been saved from two paragraphs of me rampantly speculating about when we might see Maisie Williams again in the show, so count yourself lucky.

But what part might she play in a modern-day episode where someone is destined not going to get out alive?

Is she, as some have wondered, going to kill Clara or be part of the reason for her dying? Will she be the one who dies? She is only ‘functionally immortal’ after all. And she probably hasn’t had anywhere near 10,000 hours experience of staring at ravens to become expert enough at facing one. 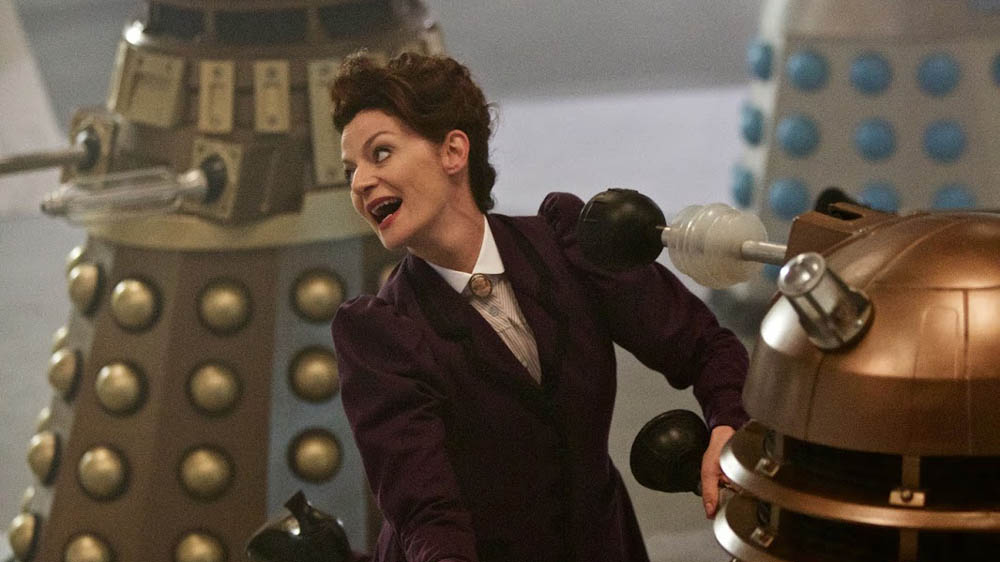 Surrounded by Daleks at the end of ‘The Witch’s Familiar’, she suddenly had a great idea.

It may involve a stick, it may involve her brooch, or it may involve something equally pointy, such as an alliance with Skaro’s war trolleys. Or it may be that she was just channelling Michael Caine at the end of The Italian Job.

Whether she appears in the finale or not – and frankly it’s even odds right now – no doubt the next time we see her she’ll ‘blow the bladdy (TARDIS) doors off’ in typical Michelle Gomez fashion.

The Minister of War 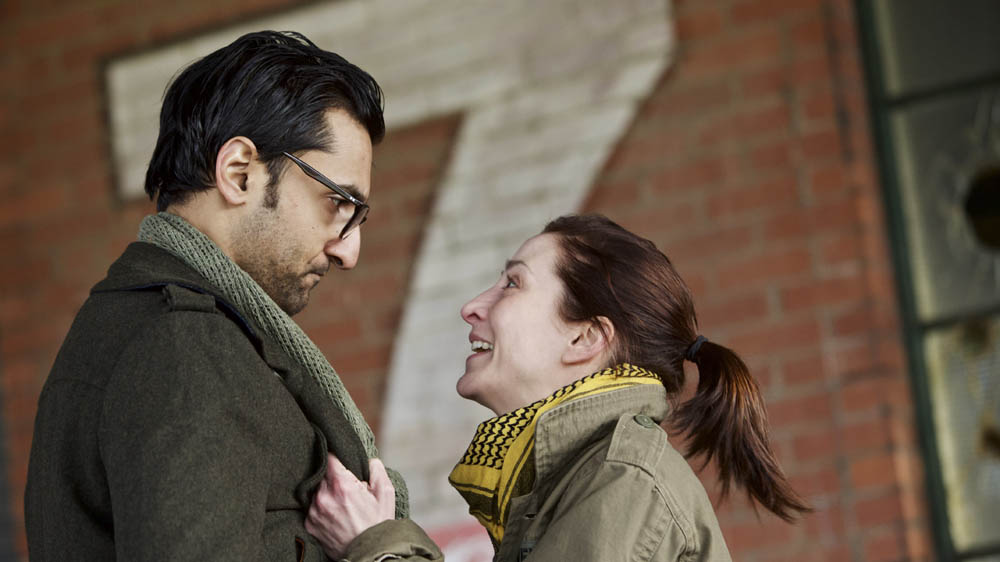 Mentioned by O’Donnell in ‘Before the Flood’, The Minister of War may just be Toby Whithouse messing with us, or perhaps him sowing the seeds of a future story he wants to write. Or it may be an insert by Moffat to tie into the finale.

There’s so much going on in Season 9 already that I’m betting it’ll be Season 10 – whatever (and whenever) Season 10 looks like, format-wise – before we find out.

Unless The Doctor becomes Minister of War in ‘The Zygon Inversion’? Nah. Bit of a demotion from President of the World.

So, plenty of time to wonder who the Minister of War might be. Fortunately we’ve already got a comprehensive list of guesswork right here. 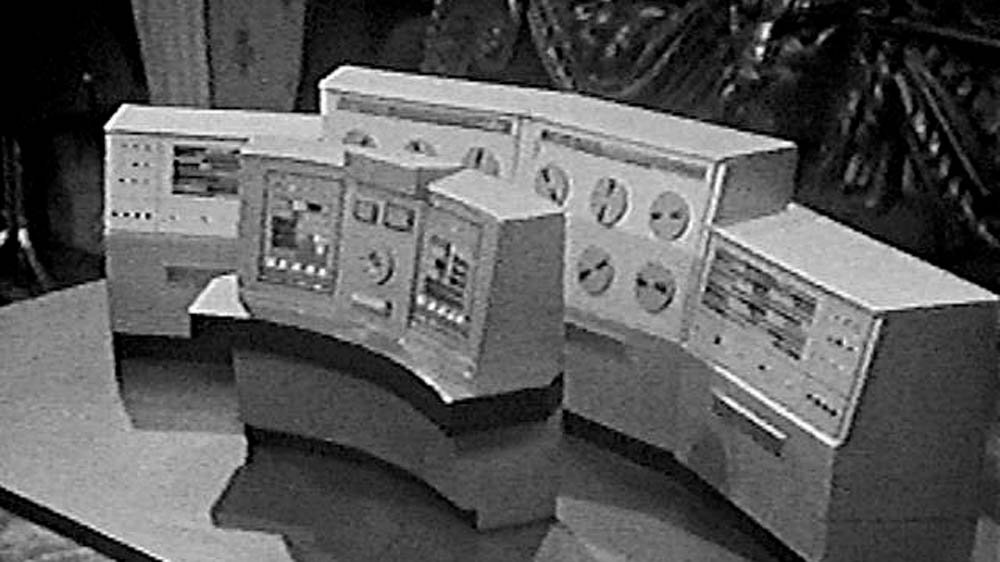 I particularly like the suggestion of WOTAN coming back. No, genuinely, I do. There aren’t enough evil supercomputers in Doctor Who these days. Presumably because The Doctor could just defeat them by plugging his sunglasses into them.

What are your theories on where Season 9 is heading? Let us know below…