As the dust settles on The Book of Boba Fett, we consider the final chapter and where the show might go next.

For the most ardent of Mandalorian and Boba Fett devotees, Lego have announced a couple of new sets. ‘Boba Fett’s Throne Room’ will allow you repeatedly de-throne Bib Fortuna to your heart’s content, but we imagine the big seller will be ‘The Mandalorian’s N-1 starfighter’. 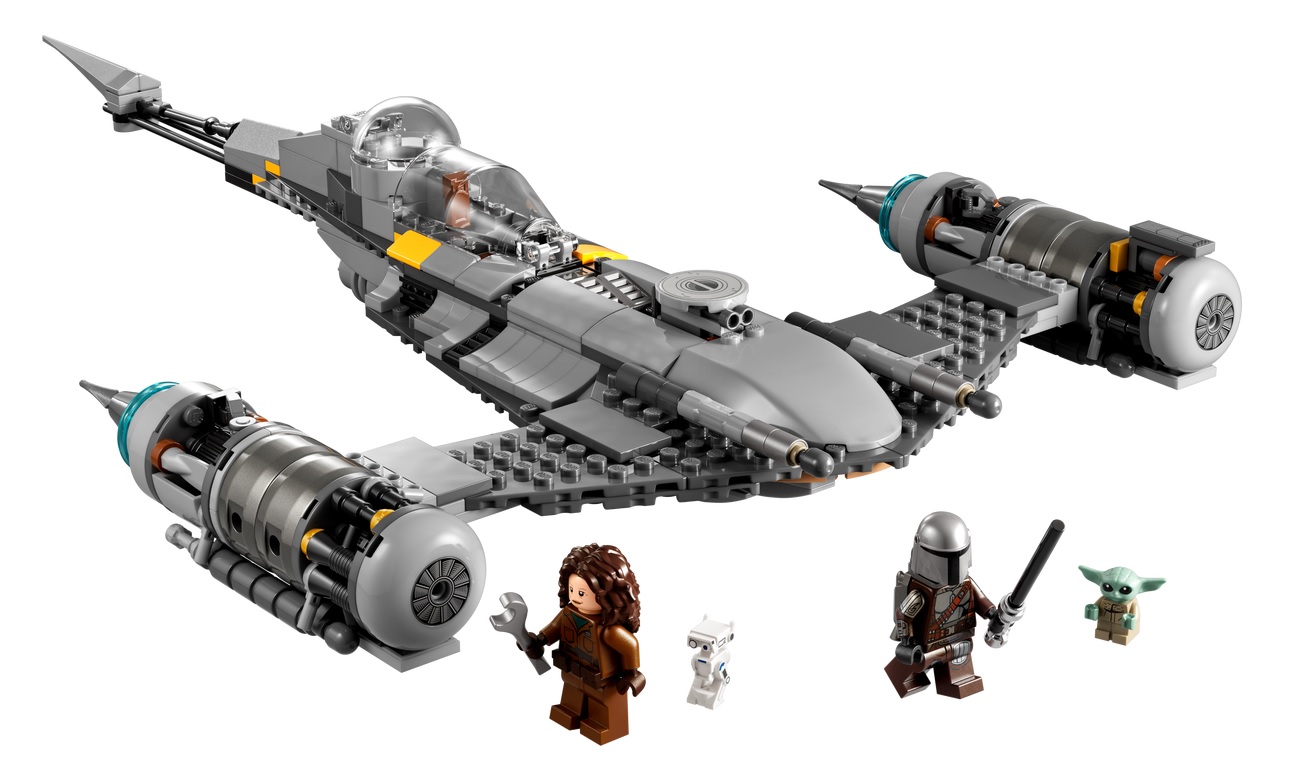 If there’s ever a ship in need of a name it’s this one. We propose the ‘Razor’s Edge’ (hey, we’re still not over the shock destruction of Mando’s last ride). The set comes with mini-figures of a Darksaber wielding Mando, Grogu, Pelli Motto plus a droid assistant.

Available to pre-order from Lego, and doubtless everywhere else, it’s priced at the princely sum of £54.99 and ships on the 1st of June.

In related news, it seems that we might owe Grogu’s lengthly Jedi training scenes to a certain Mr George Lucas. 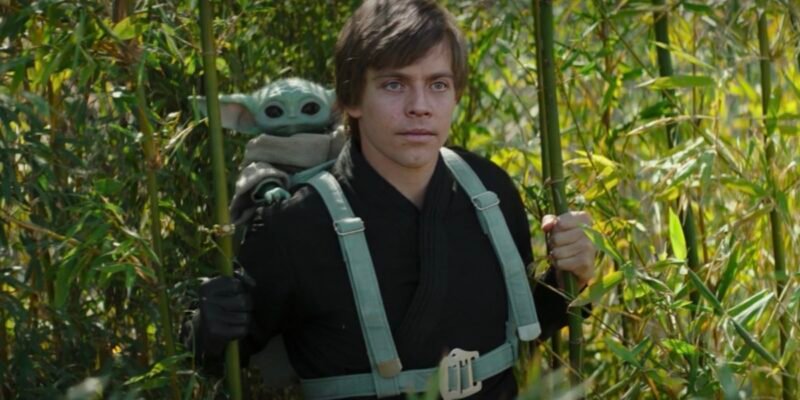 According to comments from executive producer Dave Filoni in a new Star Wars book, The Art of The Mandalorian: Season 2, Lucas’ main concern regarding the ‘The Child’ was that he received a proper amount of training. Given the events of Chapter Six, and its call backs to The Empire Strikes Back, we imagine the Star Wars creator is satisfied.

The Book of Boba Fett Chapter Seven: In the Name of Honor (Spoilers)

After two episodes that felt like a side-step, we breathed a sigh of relief when Pyke conflict finally arrived. The story pleasingly dew together Boba’s allies and they all had a part to play; from Fennec to Mando, Krassantan to the Mods, each enjoyed their moment in the sun. Given the seemingly insurmountable odds, it’s a wonder the story didn’t up the ante even further by losing a favourite!

Our watching pal, Cultbox Jnr, thrilled at the part Grogu played in the finale. His return, which one might cynically see as positioning him for The Mandalorian‘s third season, also proved crucial when he defiantly tamed the rampaging Rancor. We’d anticipated Boba riding the beast (Chekhov’s Rancor?), but not that it would be set loose on Moss Espa, King Kong style.

Inevitably, thoughts turn to what might happen next, if The Book of Boba Fett enjoys a second volume. The show was flashback fueled for its early episodes, seeing the titular character from Bounty Hunter to Crime Boss. Or whatever he sees himself as now. That ambivalent status is what needles us, it was hardly a hero’s journey and his motivations still seem rather woolly.

In the future, surely the day to day exploits of a crime boss are pretty mundane – no matter how grateful his subjects. Though the Pykes were beaten back, we suppose they might return in even greater force. Equally, a different foe will doubtless arise. Those Hutt cousins of Jabba, or at least their influence, remains a potential threat.

The ‘MandoVerse’ has other directions to pursue in the meantime – we know about Ahsoka, and Cobb Vanth must have a part to play too, thanks to that post-credits shot of the bacta tank. To be fair, Timothy Olyphant has always felt like impressive casting for a guest role. 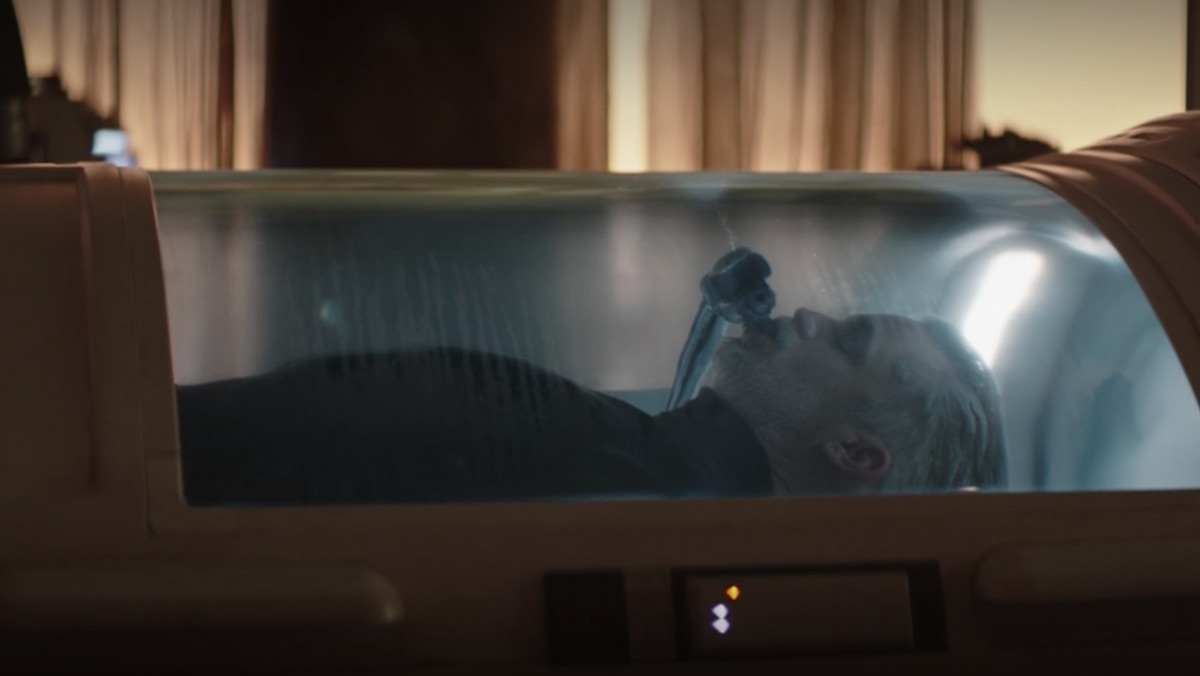 Additionally, there’s Krrsantan who provides great entertainment but is not vocal enough to take the lead in his own show; suitably accompanied, his story must be worth exploring.

So, did The Book of Boba Fett work as a series for us? Yes, sort of. It went to unexpected places, seemingly at the expense of Boba Fett himself, and weaved the character further into the wider Star Wars television universe that The Mandalorian initiated. We imagine there’s plenty to be gained from rewatching the show with the knowledge of where it’s all headed. There were certainly ample fan-pleasing moments to enjoy (plus some to look up online, such as the relationship between Fett and Cad Bane).

With Marvel’s Moon Knight next on the Disney+ live action schedule, Star Wars fans have a few months wait on their hands.

Returning to Tatooine, pre-A New Hope, we look forward to filling in a fascinating gap in the Skywalker saga; Obi-Wan Kenobi begins its run on Wednesday, 25th May 2022.