Before VHS, DVDs and streaming, novelisations were the only way for fans to experience Doctor Who stories they had not seen broadcast live. Many encountered the earliest Doctors in prose, years before they saw them onscreen.

While the classic era of the show was on air, and in the years afterwards, most stories were novelised under the Target Books imprint. More recently, revived as “The Target Collection”, popular tales from 2005 onwards have joined the range. They’ve also filled a few gaps with stories that were missed along the way for various reasons. 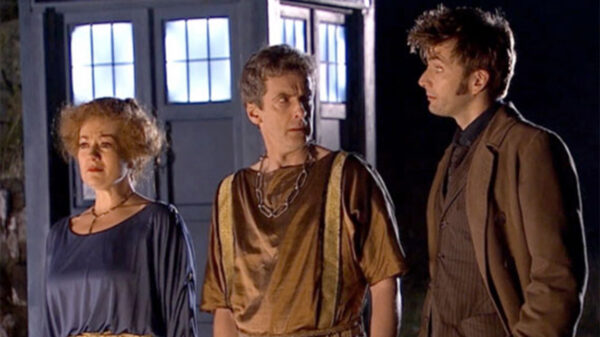 This July, two further New Series stories join the range. The Series 4 tale ‘The Fires of Pompeii’, for the Tenth Doctor and Donna, and Series 10’s ‘The Eaters of Light’ with the Twelfth Doctor, Bill and Nardole. Both stories are adapted by their original screenwriters. A third title, Peter Harness’ adaptation of his Series 9 Zygon two-parter, has slipped to a publication date of 13th July 2023.

Additionally, there are two slices of Tom Baker from Season 16. ‘The Stones of Blood’ and ‘The Androids of Tara’ were both originally novelised by Terrance Dicks. However, their original screenwriter, the late David Fisher, revisited his stories to adapt them as audiobooks in 2011 and 2014. These now join the range in physical form.

The books are available on the 14th of July; each story comes in both paperback and eBook format, as well as on audiobook. Ahead of publication, we now have front cover artwork (by Anthony Dry) and back cover blurbs to enjoy…

The Fires of Pompeii by James Moran

“My masters will follow the example of Rome… our mighty empire bestraddling the whole of civilization!” 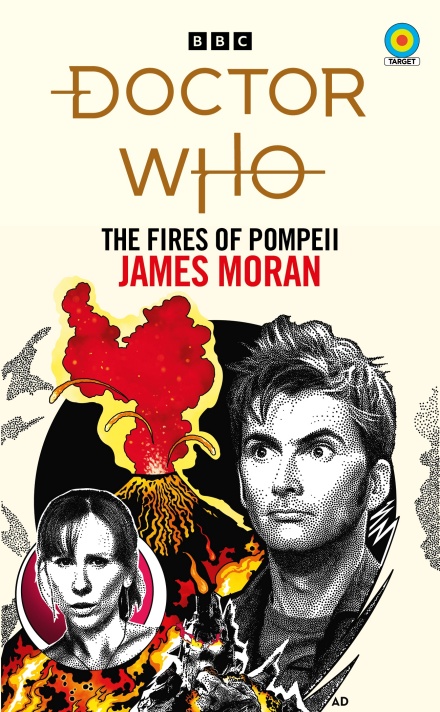 It is AD 79, and the TARDIS lands in Pompeii on the eve of the town’s destruction. Mount Vesuvius is ready to erupt and bury its surroundings in molten lava, just as history dictates. Or is it?

The Doctor and Donna find that Pompeii is home to impossible things: circuits made of stone, soothsayers who read minds and fiery giants made of burning rock. From a lair deep in the volcano, these creatures plot the end of humanity – and the Doctor soon finds he has no way to win…

The audiobook narrator is Clare Corbett.

The Eaters of Light by Rona Munro

“To protect a muddy little hillside, you doomed your whole world!” 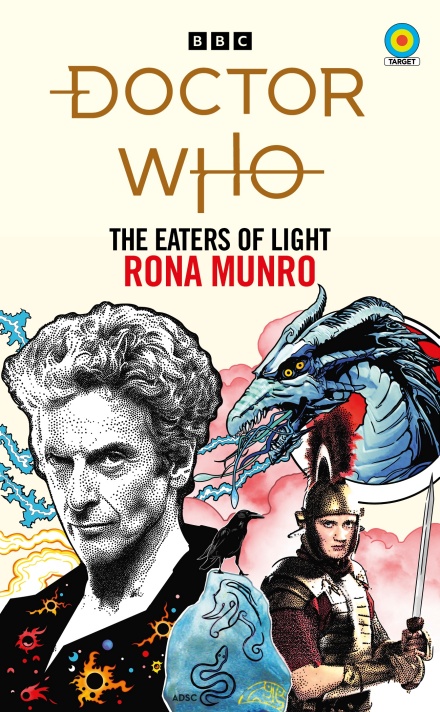 The Doctor takes Bill and Nardole back to 2nd century Scotland to learn the fate of the ‘lost’ Ninth Legion of the Imperial Roman Army. 5,000 soldiers vanished without explanation – how?

The search for the truth leads the Doctor and his friends into a deadly mystery. Who is the Guardian of the Gate? What nightmare creature roams the wildlands, darkening the sky and destroying all in its path? A threat from another dimension has been unleashed on the Earth, and only a terrible sacrifice can put things right…

The audiobook narrator is Rebecca Benson, who played Kar in the story on television.

From ‘The Key To Time’ series…

The two Tom Baker stories hail from 1978’s season 16. It saw the Doctor and new companion Romana seeking to unite the segments of The Key To Time.

The Stones of Blood by David Fisher

“We won’t find Dracula hanging around the Manor. But we may find something equally disturbing…” 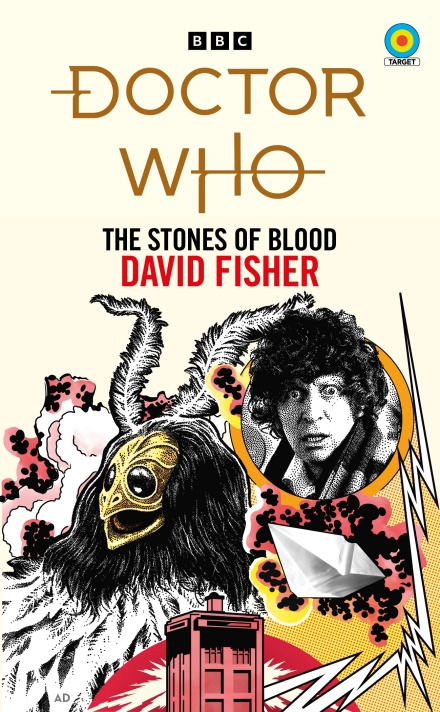 The Doctor is delighted when his quest for the Key to Time leads him to his favourite planet, Earth. But his friends are less enchanted: Romana is nearly lured to her death by a sinister apparition, and K9 is all but destroyed by a belligerent boulder with the power to move – and a thirst for blood.

The Androids of Tara by David Fisher

“Why is your first impulse to reach for your swords and never a screwdriver?” 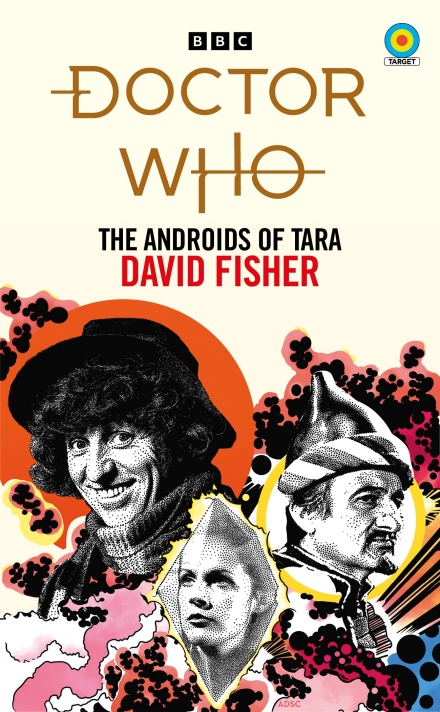 The Doctor and Romana’s search for the fourth segment of the all-powerful Key to Time leads them to the planet Tara, where courtly intrigue and romantic pageantry employ the most sophisticated technology.

Within hours of arriving, Romana is mistaken for a powerful princess and the Doctor forced to dally with robotic royalty – and both are quickly embroiled in the scheming ambitions of the wicked Count Grendel. Finding the segment of the Key is easy enough, but escaping with it in one piece will prove an altogether more colourful affair…

Will you be adding these new Target books to your collection?