With filming underway, the BBC have released a couple of first-look pictures of Olivia Colman in character. The best grants a side profile of Miss Havisham as she inspects the young Pip, judging his suitability. 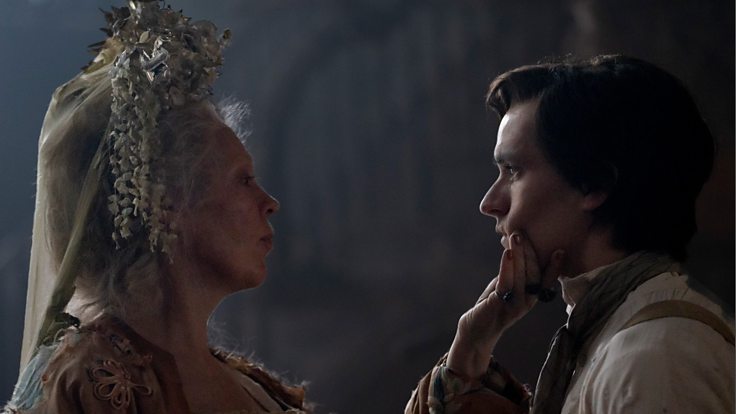 The second, with a full-length view of the aged Miss Havisham, offers our first look at her adopted daughter Estella. 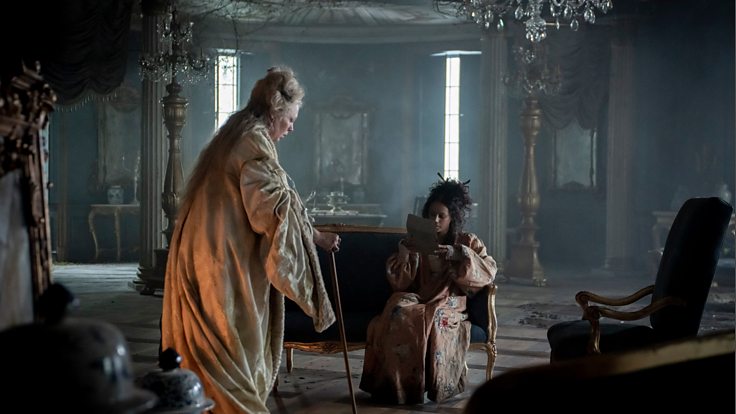 The BBC bill this version of Great Expectations as “… the coming-of-age story of an orphan nicknamed Pip.” Of course, it’s much more than that, tackling themes of class, love and rejection, wealth and poverty, and more.

Steven Knight is both writing and producing this six-part version. Executive producers are Tom Hardy, Ridley Scott, Dean Baker, David W. Zucker, Kate Crowe and Mona Qureshi for the BBC, the team behind Knight’s traumatic take on A Christmas Carol. The show comes from FX Productions in association with the BBC, Scott Free and Hardy Son & Baker.

In the UK, it will air on BBC One and BBC iPlayer – we’ll doubtless hear soon, but surely the smart money is still on a festive transmission date?