John Barrowman and David Bradley have filmed cameo performances to reprise their roles as Captain Jack Harkness and the first Doctor (first played by William Hartnell) for the immersive Doctor Who theatre adventure Time Fracture.

Their performances were captured at Kennington Film Studios in London earlier this year.

“I wanted to get involved not only because I love storytelling and I love Captain Jack the character, but also because this introduces Jack to the next generation of Doctor Who fans. If you’re coming to this – why not dress up as your favourite character? it’s going to be like Comic Con but with a storyline! Create your character, get in there and enjoy the journey.”

Not only will Torchwood be represented in the immersive experience but also UNIT. Jemma Redgrave has filmed performances for Time Fracture as Kate Lethbridge-Stewart, the Head of Scientific Research for UNIT.

“This is going to be something really special. Anyone who sees the show who is not a Doctor Who fan when they go in, surely will be when they come out! It’s going to be an amazing experience.”

Much more of what is planned for the show remains under wraps. There could be more surprise character appearances. 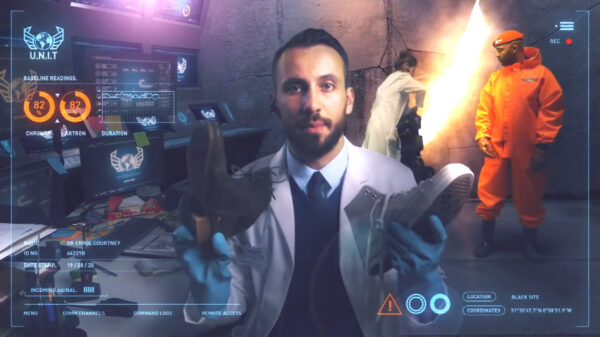 A press release in 2020 provided a synopsis for the immersive experience.

“1940 – it’s the height of the Blitz. A weapon of unknown origin destroys a small corner of Mayfair, and simultaneously opens a rift in space and time. For decades, UNIT have fought undetected to protect the people of Earth from the dangers it poses. Weakened and beaten back as the fracture’s multiplied out of control, they’re close to defeat.

Earth as we know it is at stake – now is the time for you to step up and be the hero. We’ll travel to impossible places, confronting menacing monsters and ancient aliens along the way. It’s a journey across space and time to save our race, and our beautiful planet.” 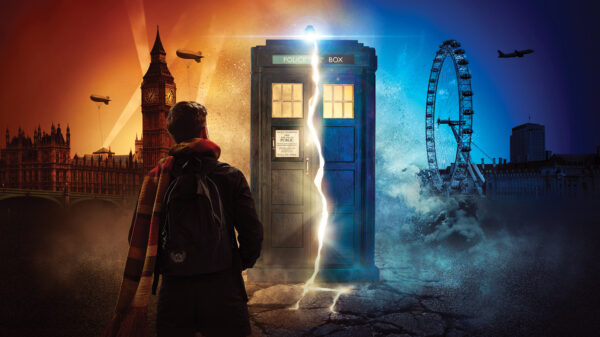 The production, featuring a cast of over 40 live performers, began rehearsals on site last week, and the set is undergoing finishing touches ahead of its first preview performance on 26 May.

Tickets for Time Fracture are available for pre-order here.