Michelle Keegan has offered a brief update on filming for Our Girl season 3, which has now moved on to South Africa.

A while back we reported that Our Girl season 3 had begun filming. The news was broken along with a picture of the show’s star, Michelle Keegan, out in Nepal and back in fatigues, ready to reprise her role as Georgie Lane. 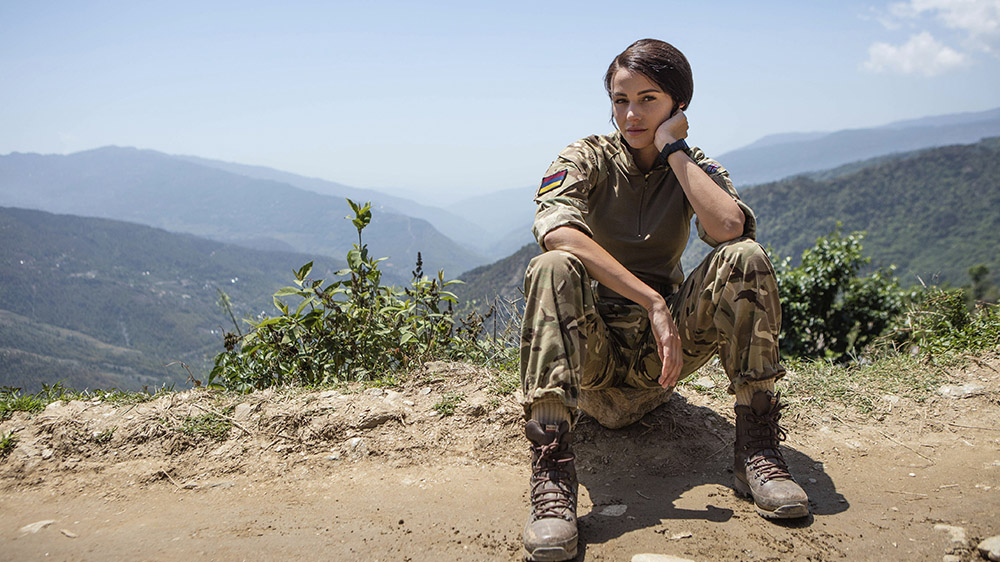 Well, earlier this week – as part of her work as an ambassador for Revlon – she offered a few updates on how filming is going.

Apparently the shoot is now six-weeks in, and has moved on to South Africa. While Michelle says there’s still “plenty more to go”, it’s going “really well”.

Later on in the chat, however, when asked what the hardest part of her job is, she quite bluntly said: “Sleep deprivation, I’m only joking, well, I’m not, I’m shattered, I am.”

She went on to add that “To be fair, the hardest part is probably not seeing my family and friends for the time that I’m away filming. Although we FaceTime all the time, I’m in a lucky position I know that, but you miss home a little bit.’

You can see her full Facebook Live chat below. The Our Girl talk is at the beginning and the end.

Michelle may be away from her family for a whole lot more as preparation for Our Girl season 3 continues. The show will feature a bumper 12 episodes, and take place in locations across the globe.

Writer Tony Grounds has decided to split the series into three separate missions focussing on how the British Army provides emergency disaster relief across the globe. Presumably, another of those location is an African one. The third is not yet known.

Are you looking forward to season 3 of Our Girl? Let us know in the comments!