The Loki actress stars with David Oyelowo and Jessica Plummer in the BBC One and HBO Max show.

In The Girl Before, Gugu Mbatha-Raw plays Jane, who gets the chance to move into a beautiful, ultra-minimalist house designed by an enigmatic architect (David Oyelowo). There’s just one catch: the occupants must abide by his list of exacting rules. Jane starts to feel the house changing her in unexpected ways, but when she makes the shocking discovery about her predecessor, Emma (Jessica Plummer), she’s forced to confront unnerving similarities. As the two women’s timelines interweave, Jane begins to question if her fate will be the same as the girl before… 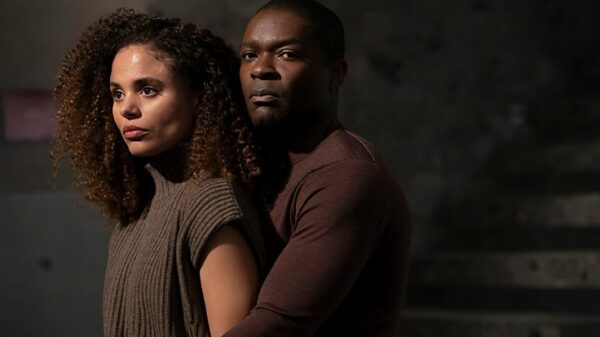 This four-part series is written and executive produced by JP Delaney, adapted from his own 2016 novel, with Marissa Lestrade co-writing episodes. Gugu Mbatha-Raw is an associate producer on the project, which will be directed by Lisa Brühlmann (Killing Eve).

The Girl Before began filming in the spring and is now billed as ‘coming soon’ to BBC One and BBC iPlayer in the UK, and HBO Max in the US.

Naturally, CultBox will keep you posted when we hear any more.