When the show returns in July, we can expect plenty of gore… and some boy band action too!

Over the weekend, Prime Video dropped the latest teaser for the upcoming third season of The Boys. It came at the South by Southwest (SXSW) event, with Christian Slater (who voices a character in the animated spin-off Diabolical) moderating a panel including cast members and executive producer Eric Kripke.

For the uninitiated, The Boys is a full-bloodied, decidedly adult-themed take on the superhero genre. It stars Karl Urban as Billy Butcher, leader of a gang of vigilantes who have set themselves against the corrupt superheroes who work for the villainous Vought organisation. The show is based on the comic series of the same name by Garth Ennis and Darick Robertson.

Set to the music of Imagine Dragons, the trailer offers a glimpse of all the principal heroes and villains in action. From Homelander staring impassively into a mirror, to Butcher’s glowing eyes, it’s an impressive showcase for all the upcoming exploits. With the show’s usual all-out levels of combat, there’s also the promise of heartbreak ahead. Plus boy band synchronised dancing, a musical number and Homelander milking a cow!

This season storylines are expected to include a reality show to fill open slots on the Seven and the infamous Herogasm. 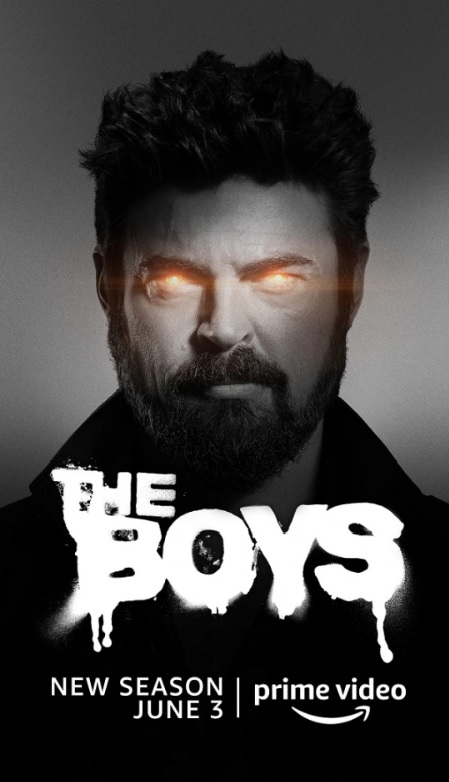 Thanks to Variety, there’s also an 8 minute interview with the cast available to watch too. Somewhat unbelievably, it begins with a question about a piece of in-universe merchandise you might have spotted in the trailer!

In addition to his talk about this show, the Star Trek chatter at the end of the interview was fascinating; Karl Urban play Dr McCoy in the JJ Abrams-helmed movie series, but apparently still hasn’t seen a script and is committed to making more of The Boys this winter. This despite the recent announcement of a fourth movie set to being shooting by the end of the year.

The Boys returns to Prime Video on the 3rd of June 2022. It will drop 3 episodes on that date, with subsequent installments weekly, concluding on Friday, the 8th of July.