It has been a number of years since Captain Jack Harkness last stood in a flappy greatcoat looking pensive on a Cardiff rooftop, but ‘The Conspiracy’ drags us straight back to the early days of Torchwood.

While the television programme could be wildly uneven in tone from week to week, David Llewellyn’s audio tale is a pure thriller.

A full cast production, albeit with a cast of four, the story centres on Jack’s investigations into a journalist turned truth-teller, George Wilson; a former television news man who famously spat the dummy on air.

Now restyled as a celebrity deliverer of the truth, David Icke style, he lifts the curtain on staged shuttle accidents, replaced McCartneys and JFK theories to packed audiences.

In amongst it all though, it appears that Wilson is also revealing the truth about “The Committee”: a secretive cabal of alien infiltrators who aim to direct our lives from the shadows and have done so for many years, and that is what catches Torchwood’s interest.

With Wilson in town for a series of sell-out shows, Jack cannot resist posing as a reporter and doing a little digging, but this brings him to the attention of another conspiracy investigator, YouTuber Sam, who knows a bit about Torchwood. It looks like all that riding around the city in a black SUV is coming home to roost.

From a production standpoint, the music is spot on with a new version of the Torchwood theme by Blair Mowat destined for many a fan’s mobile ringtone. Despite there being only four principal voices, the audio design affords some impressive scale and the script rips along at a fair pace. 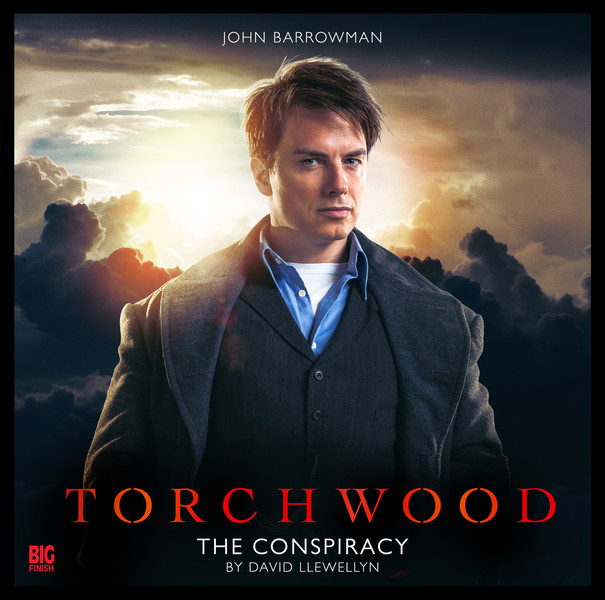 The irrepressible John Barrowman slips back into the role of Captain Jack like he has never been away, turning on the charm as only he can. The guest cast is led by John Sessions, who turns in a wonderful performance as the cynical and world weary Wilson, with Sarah Ovens as his daughter Kate and Dan Bottomley as Sam.

Bringing Torchwood back home to Cardiff, and with an authentic feel (Weevils and all), ‘The Conspiracy’ offers a solid start to the show’s new life at Big Finish.

Clearly styled as the opening chapter in a wider tale, we see Jack presented with a new purpose and the baton is thrown to Ianto for the next release.

The 21st Century is when everything changes… and we can’t wait!

Extras: Just over 15 minutes of interviews with the cast, with the irrepressible Mr Barrowman full of enthusiasm for the new medium and its possibilities.

> Buy the audio story on Amazon.