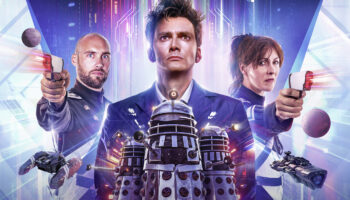 While the Daleks themselves again take a backseat, it begins by exploring Mark Seven’s backstory; the Dalek busting android, possessed of superhuman strength, is about to have his past demystified…

Launching off the back of the first boxset’s cliffhanger, Mark Seven has gone rogue. In response to a recall signal, he has delivered himself, the Doctor and Anya Kingdom to a remote planet well off the space lanes.

With Mark gone the pair explore. The research facility they discover is hardly welcoming: it is isolated, invisible, and surrounded by bears. It is however, where artificial lifeforms such as Mark are being developed. 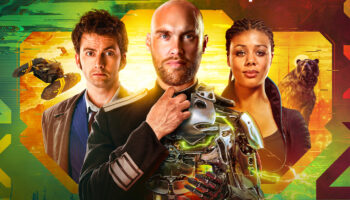 On arrival, we meet the impressive Mariah Six (Nina Toussaint-White) and discover how the base operates. Androids are paired with human mentors and developed without safety protocols. A parallel is drawn with domestic cats; they have the potential to harm their owners but generally co-exist with them in a ‘bond of trust’. As the story develops, Mark’s tragic past is explored when he links to the facility system; he was apparently discovered as a ‘blank’ and there is no record of his creation.

Writer Roy Gill’s story is an intriguing one with clues that draw together smartly at the end. While the concepts of artificial life have been played with before, and he even namechecks ST:TNG’s Data in the Extras, Cycle of Destruction offers a pleasing and emotive new spin on the subject. There is also a smart restatement of the Doctor and Anya’s difficult relationship as they explore – plus a great gag about how one measures civilization too.

Seeking Arborecc, a temporal scientist who might assist with the Doctor’s predicament, the trio arrive at a military base. Despite their information though, there is apparently no record of his ever being there. However, Mark Seven does encounter an old friend; Fliss (Pippa Bennett-Warner) is a wounded former colleague who once had romantic feelings for him. Feelings that the android agent was unable to reciprocate. 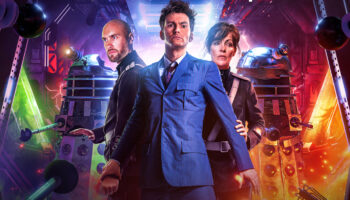 The Trojan Dalek throws links back to The House of Kingdom, uncovering another anti-Dalek project. Script editor John Dorney brings us a tale examining both the human and the Dalek condition, as well as the desperate lengths Earth will consider to combat them. In the guest cast, Blake Ritson is excellent as the shady Major McLinn.

Writer Rob Valentine concludes this set with a charmingly minimal story. Thrown into a bubble universe, Anya and the Doctor are forced to confront their issues; his lack of trust for her and the secret that he was present at the death of her aunt and uncle. Prompting these revelations is a tricksy antagonist, one who seeks passage away from his prison but must divide the pair to do so. 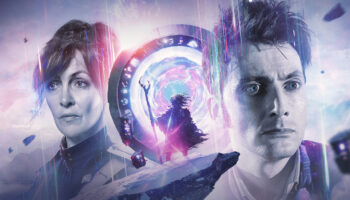 The Lost feels like the calm before the storm, with plenty of guilt and regret to go around. However, the Doctor and Anya come away from this adventure stronger and it concludes with some wonderfully Doctor-ish shenanigans too.

Across this second trio of stories there continues to be a minimal Dalek presence, though they remain a lurking background threat. Instead, the focus is on the dynamics between the three leads and on the theme of identity. While Mark Seven seeks to understand his past, Anya struggles to come to terms with hers. Meanwhile the Doctor, hardened to the loss of various friends, has a hard time trusting anyone, let alone a woman he feels betrayed him, albeit unknowingly.

While David Tennant continues to charm as the Tenth Doctor, he is well matched by this pair. As Anya Kingdom, Jane Slavin is smart and capable; you believe this is an agent who can handle herself and she certainly gives as good as she gets. Balancing out the trio, Joe Sim’s Mark Seven is a calming presence, though he is in more emotional territory here than we have heard before.

Expertly directed by Ken Bentley, this volume also has superlative sound design and a score by Howard Carter. It also boasts another set of cracking covers by Simon Holub; the desaturated palate used for the The Lost is a particular joy, catching the pensive atmosphere of the tale.

Although this second volume contains a shock or two, the impact of the cliffhanger into volume three was rather lessened by the early release of its cover artwork. It is doubtless an astute promotional move, showcasing notable guest stars and setting up some questions, but if you can, avoid seeing it before you have heard this set!

Doctor Who – Dalek Universe 2 is available on download, CD and Vinyl from Big Finish.