In an interview with SFX magazine, production designer Dafydd Shurmer revealed new details about the set building and location filming on Doctor Who Series 12.

Shurmer expanded on former production designer Arwel Wyn Jones’ TARDIS design. He moved the walls back and added stairs and a doorway to another room. A terrarium fogger for pet reptiles was used to create the steam screen for the thirteenth Doctor’s TARDIS console. 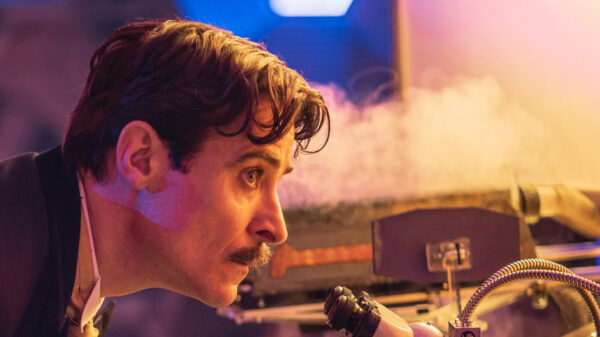 “I know, coming up from the ranks, that if you put a big black blob of a monitor right in the centre, it can look not that nice. So I started playing with smoke screens, so we don’t have a solid screen in-vision all the time,” Shurmer explained. 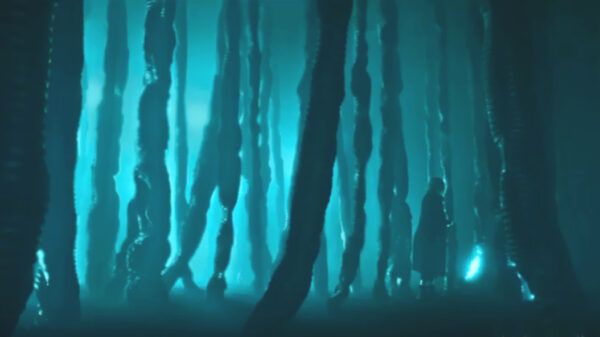 The Kasaavin realm seen in Spyfall was made from ducting which was crumpled, sprayed with expanding foam and painted black. The idea was to make the realm seem organic and somewhat forest-like. 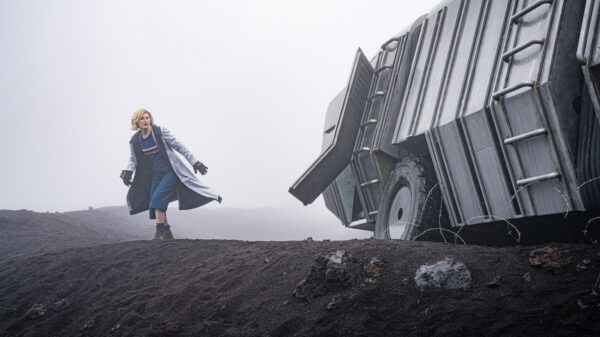 The Orphan 55 Tranquility Spa carrier was made from a fire truck purchased ahead of time at the filming location, Tenerife.

The plating was then built on top of it by a Spanish crew ahead of the filming. The truck had to be roadworthy to be able to get it to the location on closed roads. 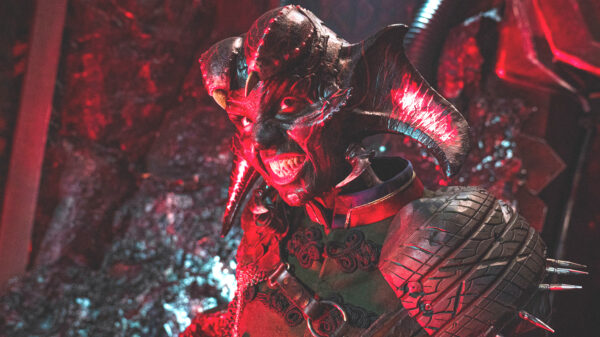 The Skithra spaceship interior in Nikola Tesla’s Night of Terror presented its own design challenges. To save time and money, parts of old Doctor Who sets were layered on top of columns in the shape of scorpion tails.

“We wanted it to feel organic and wet,” Shurmer explained “so we used a lot of varnishes on the walls to get reflections.” 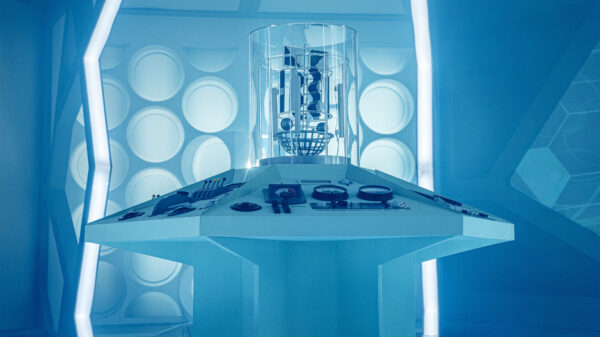 For the Fugitive Doctor’s TARDIS in Fugitive of the Judoon, Chris Chibnall instructed Shurmer to go for a Mark I design so the console from An Adventure in Space and Time and Twice Upon a Time was reused with a few modifications. 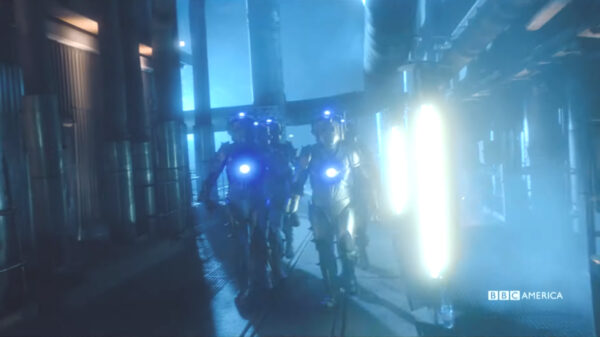 Doctor Who and the Cybermen at an old power station, at the 123 foot level, filmed from above.

Principal photography on Doctor Who Series 13 is set to begin in September. According to the BBC’s Director of Content Charlotte Moore in an interview with the London Times on April 10, pre-production is continuing as planned with the current focus on writing.

The Doctor Who festive special, Revolution of the Daleks is already filmed and is set to air sometime between late December 2020 and early January 2021.