The titles for the first five episodes of this year’s Doctor Who season may have been slyly unveiled in the new teaser trailer.

12 new episodes have been filming in Cardiff since June 2016, with Pearl Mackie and Matt Lucas joining Capaldi as the Doctor’s latest companions, Bill Potts and Nardole.

A specially shot 30-second teaser premiered at the weekend and eagle-eyed fans have spotted five titles on the spines of books which sound very much like they could be episode titles. 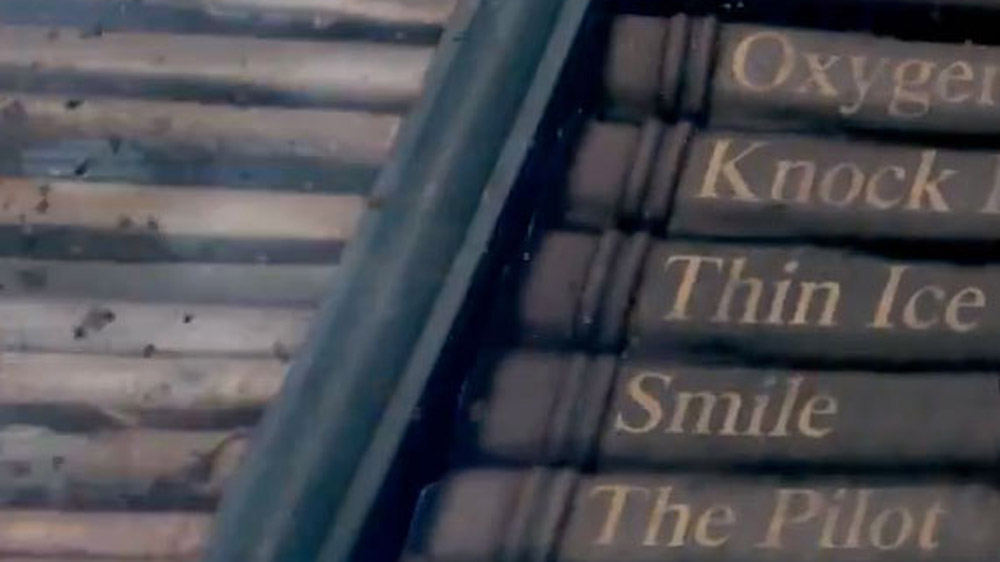 Episode 1 was previously believed to be titled ‘A Star in Her Eye’, but ‘The Pilot’ is a plausible alternative title. Steven Moffat hinted last year that “I want it to feel like Episode 1 of a brand new show” – in effect, a pilot episode.

Frank Cottrell-Boyce’s Episode 2, which was partly filmed in Valencia, Spain last July at the City of Arts and Science Museum, features “killer robots that have emoji faces”, so ‘Smile’ sounds like a title that would fit.

In Doctor Foster creator Mike Bartlett’s Episode 4, guest starring David Suchet as The Landlord, we “find out why our floorboards squeak”. There appears to more than one word in the title, following ‘Knock…’, but it is offscreen.

Episode 5 is written by Jamie Mathieson (‘Flatline’, ‘Mummy on the Orient Express’), who describes his new story as “a taut thrill ride, a gag fest, a pitch black satire” – could the title be ‘Oxygen’?

Peter Capaldi announced last month that he will be departing the show in this year’s Christmas special.

Steven Moffat revealed recently that Peter Capaldi “came close to staying” for a fourth season as the Doctor.

What do you think of the titles? Let us know below…