In an article he wrote in Doctor Who Magazine 579, Doctor Who showrunner Russell T Davies teased recent announcements and filming. 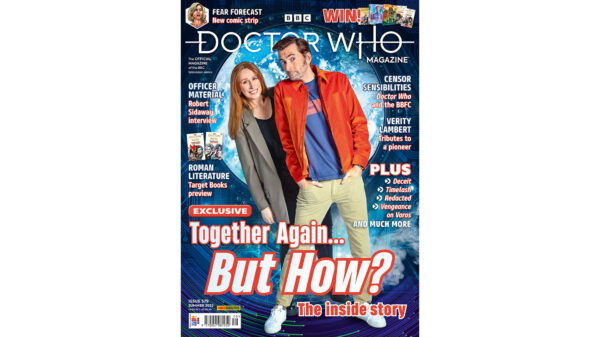 Despite the wording on the the cover, Davies doesn’t reveal how or why David Tennant (who played the tenth Doctor) and Catherine Tate (Who plays Donna Noble) are back together again filming Doctor Who.

He did, however, offer several possible scenarios for the reunion. One of them could be true — or none.

“A mysteriously forgotten excursion for the TARDIS in between Planet of the Ood and Sontaran Strategem? Or maybe a multiverse thing, they’re all the rage these days. Maybe this is the Doctor and Donna from Universe 557, all set to collide with out own. Then again, maybe, just maybe, this return is so impossible that it’s actually an intricate illusion created by an old enemy of the Doctor’s. Or maybe an old enemy of Donna’s. Nerys! Of course, I wouldn’t give that away in the pages of DWM, would I? But then again. This magazine is the first place I ever revealed the name of Billie Piper’s Rose (in issue 340). So read carefully. There are truths in here.”

Let’s take them one by one — and I vote for none of the above.

Donna Married Shaun Temple in 2010. The actor who plays Shaun Temple, Karl Collins, was spotted at Doctor Who filming in Camden. They appear to have a teenaged daughter named Rose played by Yasmin Finney. Bernard Cribbins was spotted at the filming playing Donna’s grandfather Wilfred Mott seated in a wheelchair. I think these developments eliminate any possibility on a forgotten 2008 excursion.

A multiverse is possible but there was nothing seen in any of the filming which would indicate Donna’s life hasn’t progressed naturally from the known Universe.

Is it an illusion? Possibly, but why would Davies give that away? Wouldn’t it be disappointing if a thrilling and heart-warming Doctor/Donna reunion were only an illusion?

So what are the revealed truths in Davies’ article?

First, he revealed that he wrote the article six days before a night shoot in Cardiff, making it May 28, six days before the five days of filming on Axminster Road and a nearby field in Cardiff June 3, June 6, June 7, June 8 and June 9.

In the course of this, he admitted that the monsters seen at the Cardiff night shoots “might well be familiar” and “familiar, but new.” 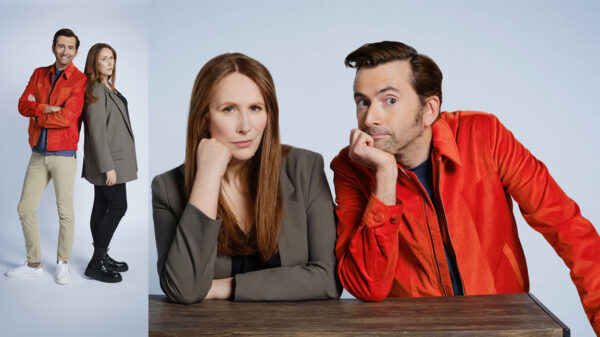 He also revealed that David Tennant and Catherine Tate were photographed for their May 15 return announcement at Wolf Studios in Cardiff, Wales on May 3 on “Day One”, indicating the start of their involvement. Davies was present for the photo shoot as well as Bad Wolf executives Jane Tranter and Julie Gardner and producer Phil Collinson. It was a happy group reunion with “much hugging and hooting.”

Tennant possibly stayed in Cardiff for studio filming as he was spotted in the city on May 10. There was an unconfirmed sighting of Tate in the same area around the same time.

Doctor Who is believed to be filming at Wolf Studios Wales this week. 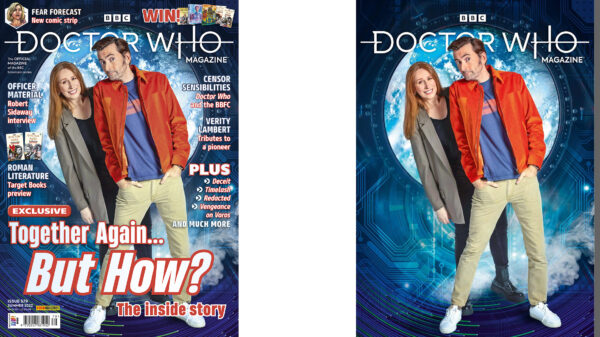 Doctor Who Magazine is available at newsstands in the UK and by digital issue on June 23.