The cast list for The Gold sparkles with British talent, including Hugh Bonneville, Dominic Cooper, Jack Lowden and Charlotte Spencer.

Announced back in August 2021, the BBC’s upcoming drama about the infamous Brink’s-Mat robbery is gathering lustre. Written by Neil Forsyth (Guilt, Eric, Ernie & Me), the show will tell the story of the 1983 crime across six hour-long episodes.

Here’s the synopsis for The Gold:

On the 26th November 1983, six armed men broke into the Brink’s-Mat security depot near London’s Heathrow Airport, and inadvertently stumbled across gold bullion worth £26m. What started as ‘a typical Old Kent Road armed robbery’ according to detectives at the time, became a seminal event in British criminal history, remarkable not only for the scale of the theft, at the time the biggest in world history, but for its wider legacy.

The disposal of the bullion caused the birth of large-scale international money laundering, provided the dirty money that helped fuel the London Docklands property boom, united blue and white collar criminals and left controversy and murder in its wake.

Inspired by extensive research and interviews with some of those involved in the events, The Gold is a pulsating dramatization which takes a journey into a 1980s world awash with cheap money and loosened morals to tell this extraordinary and epic story for the first time in its entirety.

It was an audacious crime which continues to fascinate to this day; while two men were eventually convicted, the majority of the gold has never been recovered. 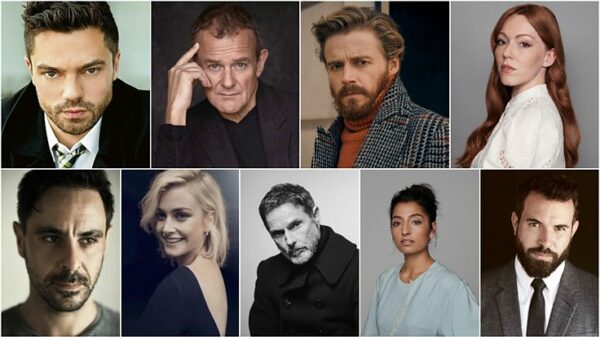 “The fact that we have assembled such a talented and exciting ensemble cast is testament to Neil’s incisive interrogation of one of the most infamous robberies in British history and the remarkable events which came in its wake. And to have the brilliant Aneil Karia join fresh from his Oscar win is the icing on the cake. The BBC One audience are in for a real treat when this hits the screen.”

The show comes from Tannadice Pictures, the joint venture set up by Neil Forsyth and Objective Fiction. It’s part of Objective Media Group, an All3Media Company. The Gold is a co-production between them and VIS, Paramount’s international studio division. Its directors are Aneil Karia and Lawrence Gough.

Tommy Bulfin executives produce for the BBC; Neil Forsyth and Ben Farrell for Tannadice Pictures; and Kate Laffey and Claire Sowerby-Sheppard for VIS. Charlie Leech (The Aliens, Lovesick) will produce.

The show will premiere in the UK on BBC One and BBC iPlayer. In the US and internationally, it will then be made available on Paramount+.