In a complete gear change from her role as Wanda, Marvel’s Scarlet Witch, Elisabeth Olsen has been cast as suburban axe murderer Candy Montgomery. The true crime mini-series for HBO Max began filming in and around Kyle, Texas, in September and is expected to last until March 2022.

Inspired by the book Evidence of Love: A True Story of Passion and Death in the Suburbs by Jim Atkinson and John Bloom and a collection of articles from Texas Monthly (“Love & Death In Silicon Prairie,” Part I & II), it tells the story of Candy Montgomery, who murdered Betty Gore in 1980 with an axe after she began an affair with Betty’s husband Allan. 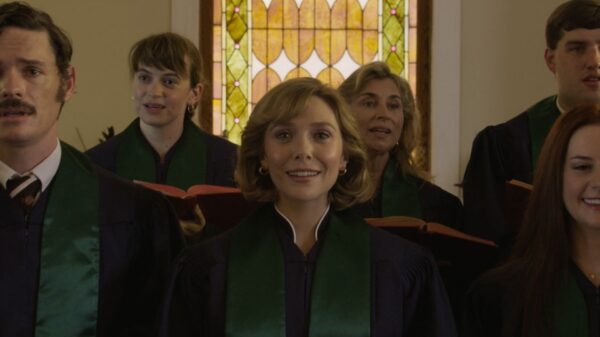 The show also has a frankly terrific logline:

Love & Death‘s lead director will be Lesli Linka Glatter – who has credits on Homeland, The Morning Show, Mad Men and so much more – and it has been written by the legendary David E. Kelley. He will also executive produce, alongside Nicole Kidman and Per Saari for Blossom Films. 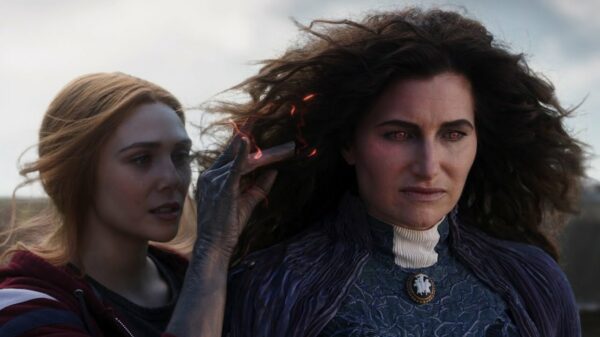 Meanwhile, Wanda is next expected to appear in cinemas alongside Benedict Cumberbatch’s Sorcerer Supreme for the Sam Rami directed Doctor Strange in the Multiverse of Madness, which now set for release in May 2022.

However, her nemesis from Wandavision – the fabulous Agatha Harkness (Kathryn Hahn) – also apparently has a show in the works. Who knows, perhaps there’s room for a Wanda-rematch (without the need for an axe?) We can but hope!