The BBC has published the official synopsis for the fifth episode of Doctor Who‘s new series, titled ‘Time Heist’.

The synopsis reads: “The Doctor turns bank robber when he is given a task he cannot refuse – to steal from the most dangerous bank in the cosmos.

“With the help of a beautiful shape-shifter and cyber-augmented gamer, the Doctor and Clara must fight their way past deadly security and come face to face with the fearsome Teller: a creature of terrifying power that can detect guilt…” 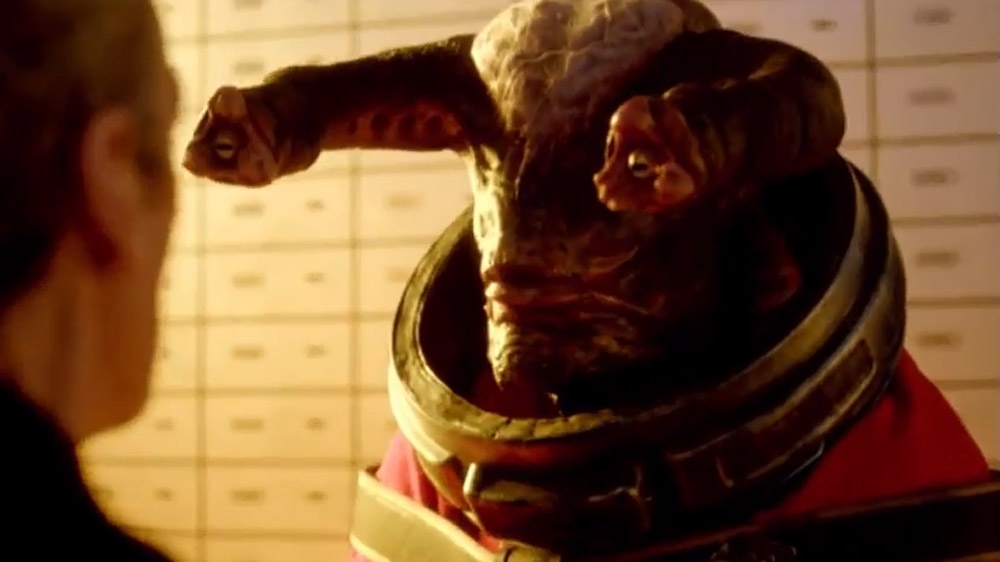 Written by Sherlock‘s Stephen Thompson and Steven Moffat, the episode airs on Saturday 20 September on BBC One and is described by showrunner Steven Moffat as “like a heist movie done with Doctor Who”.

Thompson previously wrote Series 6’s ‘The Curse of the Black Spot’ and Series 7’s ‘Journey to the Centre of the TARDIS’.

Series 8 continues this weekend on BBC One with ‘Robot of Sherwood’.

Are you looking forward to ‘Time Heist’? Let us know below…