Peter Capaldi is hoping that Jenna Coleman won’t be leaving Doctor Who this season.

Steven Moffat admitted earlier this year that that Coleman had planned to depart at the end of Season 8, then again in last year’s Christmas special, before changing her mind.

Asked by EW if Season 9 would be Coleman’s final episodes, Capaldi replied: “I hope not.”

He also hinted at what fans should expect from the Doctor and Clara’s relationship in this year’s new episodes, following their reunion in ‘Last Christmas’: “They’ve suddenly realized that they are the most fortunate people in all of time and space and are hellbent on adventure. Jenna continutes to deliver a beautifully nuanced, complex, and funny performance that marks her out as one of the best companions ever.” 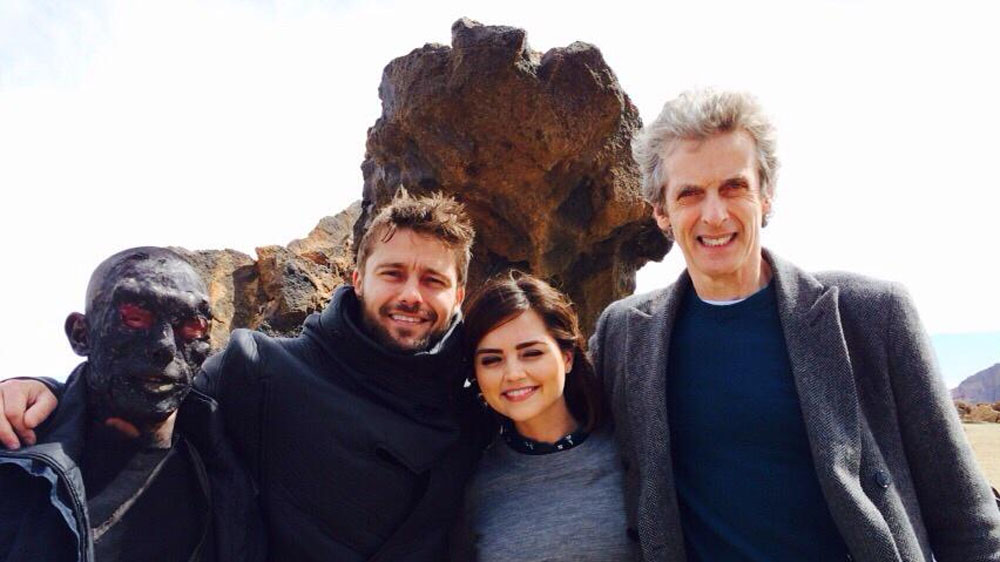 Capaldi also revealed that his Doctor’s spiky character will have mellowed since his first season: “He’s throwing himself into life with a newfound hunger for adventure. He’s in pursuit of joy and grabbing every thrill that he can along the way.”

He teased ominously: “But I sense him running from something, that even he does not yet understand.”

Do you hope Jenna Coleman will stay for another season? Let us know below…