Do you like to binge your shows, or do you prefer to watch a series released weekly?

It’s a perennial topic of discussion amongst commentators — Netflix may have grown (see this article for history) on the back of the demand for binge-watching, but are the days of big boxset releases numbered? We think a lot of market forces are at play, and there’s no single answer beyond it depends or binge watching and weekly both have a place.

We’d like to mention at least some of the drivers influencing viewing preferences, give plenty of context and look at some data. When we looked at our own viewing habits, we certainly found fans of both choices.

Why decide to binge watch at all?

We polled the team at Cultbox, and had a diverse (and relevant) set of thoughts:

I don’t have the time to binge watch

It’s nice to have a choice

I like time to reflect on the developing story

I only started in lockdown

Of course, if you want to binge watch, you need something to binge. This leads us to an interesting interview with FX Boss John Landgraf (FX were FX Hulu, prior to Disney acquisition). He spoke to Deadline, we’ve read on ThePlayList.Net — FX Boss John Landgraf Talks The Dilemma Of TV Binge Drops Vs. Weekly Episodes. An interesting read, and we take it to mean it really does depend on the show and the viewer demographic it’s likely to attract. Back to the audience… 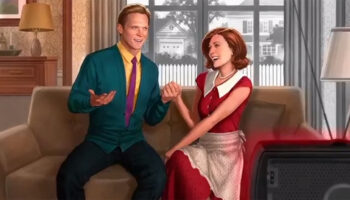 First up, you need people with time. Lockdown extended the audience, but we can generalise about people in full-time employment or not. Lots of demographics spring to mind, including the retired and students, as well as a less specific ‘possibly younger, no dependents to care for (i.e. no young children)’ category. Let’s make some obvious (we think) observations about types of content:

You don’t binge watch the news, but can watch 24 hours a day

How episodic is the story?

This last is worth unpacking a little. There’s a big difference between (and we exaggerate for effect) a show like The Simpsons where episodes can be watched in any order, to any of the MCU shows (such as WandaVision or Hawkeye) where there’s a clear narrative, but episodes are still self-contained. Here is where marketing comes into play, as well as context. Engagement works, familiarity and expectation work, but so does word of mouth. We can compare four titles and comment on the differences. 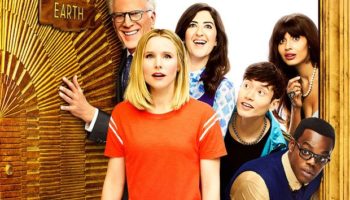 We could have picked any of the MCU titles, but Loki captures the ideas of clear target audience and familiarity, as well as piggy backing on the general Marvel on Disney+ marketing. The demographic for MCU films tends to be younger and (as we’ve seen with the most recent Spiderman film) very keen to watch a title as soon as they can. This presents a challenge as Loki and other shows follow a weekly pattern, though we do get two episodes released on day one (as we did with Boba Fett).

Lucifer also had a strong fan base, and delays in the pandemic ramped up interest in the second tranche of season 5. Like many Netflix titles, it’s released all at once on a Friday (to catch those who weekend time). At least some of our team watched over the space a couple of days when released — classic binging!

Turning to The Good Place by way of contrast, this is a series released weekly on Netflix, just to prove popular shows can be drip fed by the streamer — it’s not all boxsets. This was a new title, but with a known cast (Kirsten Bell and Ted Danson). It grew in popularity and was widely watched by the final season.

There’s an unwritten rule we have to mention Squid Game every few weeks, and this is an example of a show whose reputation grew by word of mouth, and people binged as they found out about it, not when released. Here’s a thing — catch up.

Sometimes you don’t watch something when it comes out, or you miss an episode of a weekly show. For terrestrial TV there’s plenty of options (iPlayer, ITV Hub &c), and note the BBC has a habit of releasing some series (eg Chloe) to iPlayer as the first episode is broadcast. Sometimes you discover a show you’d missed or want to rewatch — here having all episodes available lets you make a choice. You can watch as fast as you want (as long as licensing shuffles don’t take the show away!) and in particular having two episodes gives a chance to appraise a show properly. Many a series starts with 1:1 Pilot and shows evolve in their first few episodes. Not having to wait lets you try a second episode, and is the model Disney+ seems to like.

Just by example, Lucifer season 1 evolves the character of Lucifer a lot in the first half of the season and Haven takes several episodes to get up to speed (we imagine a lot of people might have bailed during the pilot).

In the end it’s about attracting viewers, reacting to a mixed audience, changing times and no two shows being identical.

Our view? Binging and weekly have their place, and long may they do so!