The Time Lord Victorious panel at New York Comic Con on October 10 gave a behind-the-scenes look at the making of  the multi-platform series within the Doctor Who universe, including a first-look trailer of the upcoming Daleks! animation series coming to YouTube in November.

Daleks! will consist of five 10-minute episodes and will feature the voices of Nicholas Briggs (voice of the Daleks in Doctor Who) Joe Sugg (YouTube, Strictly Come Dancing), Anjli Mohindra (Bodyguard, The Sarah Jane Adventures) and Ayesha Antoine (Holby City).

The Dalek Empire has come up against a terrible force. The most feared race in the universe finally meet their match when they invade the fabled Archive of Islos. What ancient and deadly force lurks inside the greatest library in existence? Soon their home planet Skaro is under attack and the Dalek Emperor is on the run. Can the Daleks defeat their opponent and regain their planet, even with help from an old enemy? Or will this be the end of the Daleks? 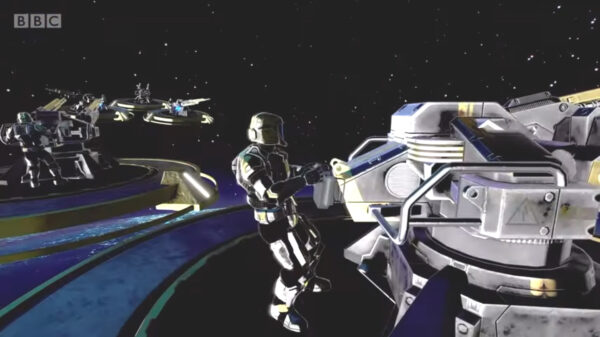 The Daleks! first look and trailer give fans a glimpse of what’s to come, and reintroduces the Mechanoids, a robotic alien species from the planet Mechanus and arch-enemies of the Daleks first seen in the 1965 Season 2 Doctor Who episode The Chase. The Mechanoids have been remodelled for the 21st Century, and form an uneasy alliance with their old foes. 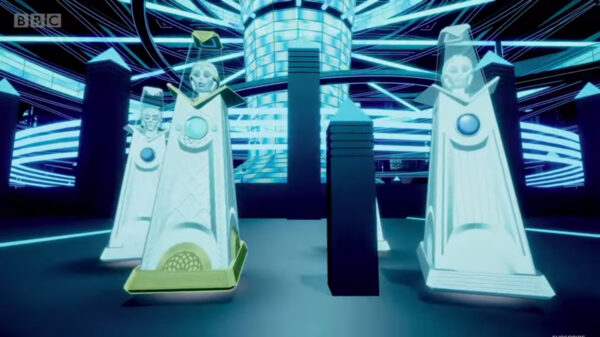 Nicholas Briggs voices all of the Daleks, including the Dalek Emporer, the Queen of the Mechanoids is voiced by Anjli Mohindra, the Chief Archivian and Mechanoid 2150 is voiced by Ayesha Antoine and Joe Sugg voices sassy robot Sentinel R42.

Sugg said on the NYCC panel that R42 is a caretaker from planet Kolos. Without an exact spelling of the name of the planet Sugg pronounced on the panel, it’s not possible to tell if the planet has anything to do with The Battle of Raskoor Av Kolos.

The animated series Daleks! will launch 12th November with episode one on the Doctor Who YouTube channel.