Two Doctor Who-related productions were nominated for the 2020 Royal Television Society West of England Awards and both won in their categories.

The The Doctor Who Cookbook – Revisited by Moon Balloon Productions won for Factual Entertainment and Features. The video cookbook was included in the special features for Doctor Who The Collection Season 23 Blu-ray.

Lovely preview of #DoctorWho Season 23 in @DWMtweets – including a few photos wot I took. This one a favourite – a very fun day with @SawbonesHex @thenicolabryant, Michael Jayston and Bonnie Langford! pic.twitter.com/bVwbFyfiRT

The animated recreation of the missing Doctor Who episode The Macra Terror by Sun and Moon Studios won for Best Animated Programme. The Macra Terror animation was released on DVD and Blu-ray in March of 2019. 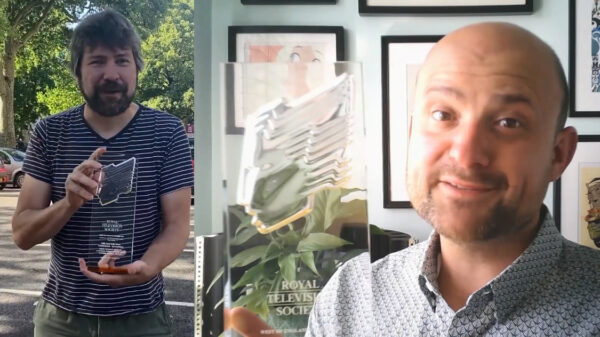