The second of four live action adventure series, following Marvel’s Daredevil, the brand new original series will premiere in all territories where Netflix is available on Friday 20 November.

Starring alongside Krysten Ritter as Jessica Jones, Doctor Who actor David Tennant plays Kilgrave, a man with the power to control anyone at his whim and who has an affinity for purple clothing. 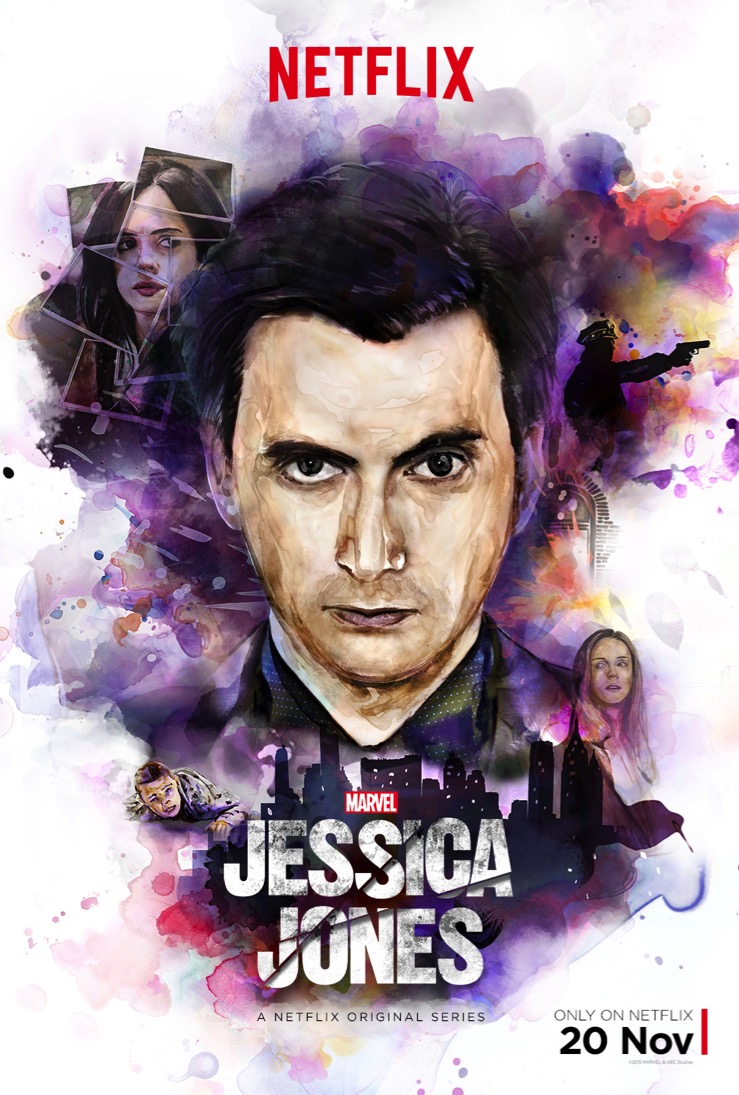