To begin a new era for the character, Big Finish have made the bold decision to cast a new First Doctor. Enter Stephen Noonan, character actor and former member of the RSC, to give his take on the wily, witty and wilful original occupant of the TARDIS. This iteration of the Doctor sits later on in William Hartnell’s tenure; post ‘The Savages’ and pre-‘The War Machines’, he travels with the spirited Dodo Chaplet (Lauren Cornelius). 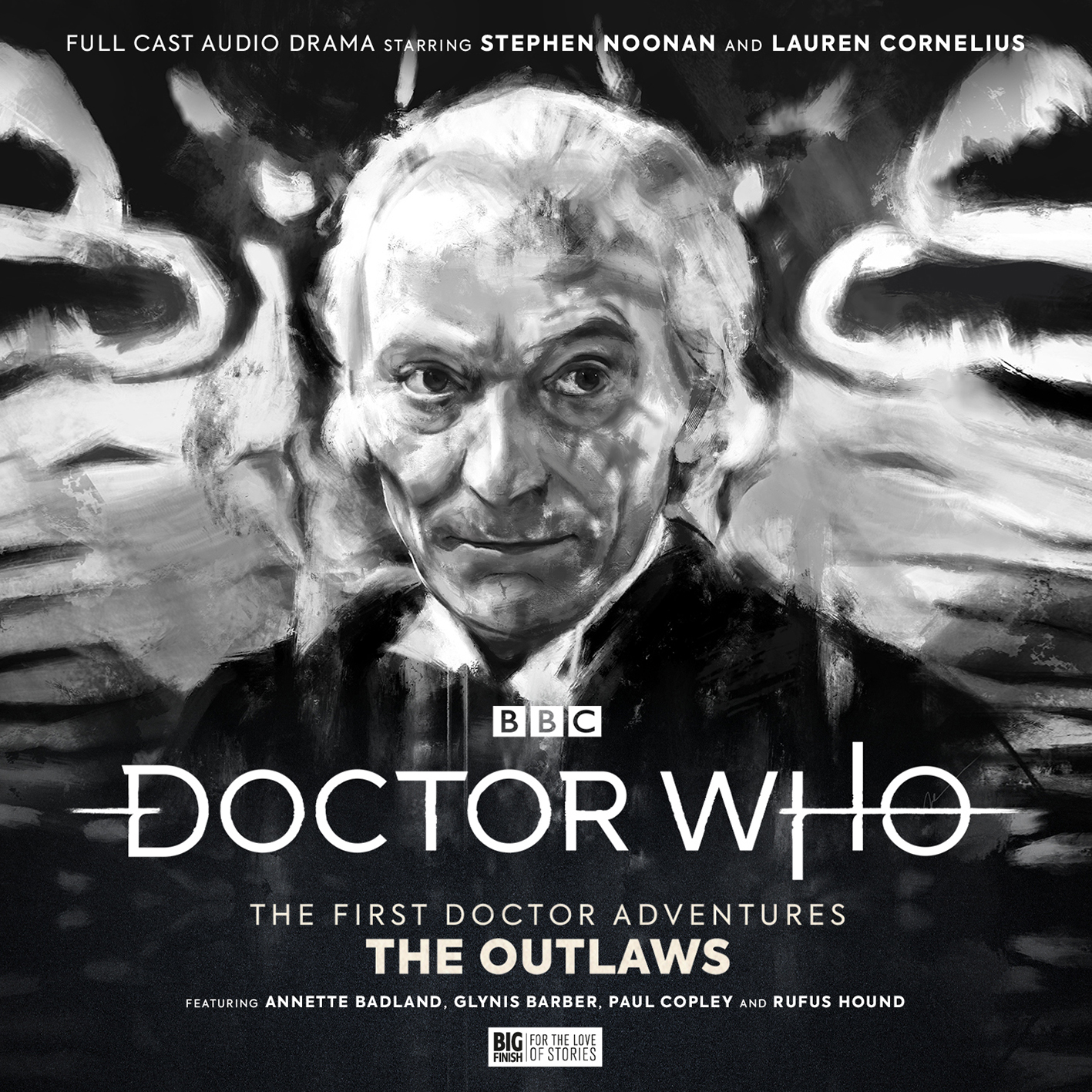 The set begins with the four-part story for which it is named. Fast becoming a Big Finish staple, and deservedly so, writer Lizbeth Myles’ tale is a spiritual successor to ‘The Time Meddler’. However, the action takes place in Lincoln during the reign of King John, in a tale inspired by Robin Hood.

With events drawn from history, the Doctor and Dodo become embroiled in a struggle between Lincoln’s Lady Sherriff, Nicholaa de la Haye (Glynis Barber) and the outlaw William of Berkshire (Christian Edwards). The latter, naturally, has been put up to the job by Rufus Hound’s meddlesome monk.

It is an entertaining tale, dare we say a romp, and the no-nonsense Sheriff is terrific foil for the Doctor. There is a romantic subplot too for the Sheriff’s headstrong granddaughter Idonea de Camville (Carly Day). It is a shame Idonea was not paired with Lauren Cornelius’s Dodo and we loved the latter’s lack of historical nous landing her in hot water. In the wider guest cast, Sam Stafford deserves a nod for his role as the Sheriff’s loyal lieutenant Sir Hugh de Courtney.

For the second tale in the set, writer Lizzie Hopley takes a more experimental approach. She brings us a quirky and rather creepy tale set around a northern salt mine and its associated scientific project.

While the Doctor is soon ingratiating himself with the scientist in charge, Dr Medara (Yasmin Mwanza), Dodo has family on her mind. They have travelled into the future and she is keen to discover if she has any local relatives about. However, the pair soon become engrossed in impossible disappearances of people and landmarks.

Fusing science fiction with fascinating science fact, this is an engrossing tale which doesn’t outstay its welcome. Both Noonan and Cornelius are on fine form, and there’s a terrific performance by Annette Badland as the titular Miniaturist. Paul Copley shines in the heart-breaking role of the (wonderfully named) security guard Mick Huff too.

In his first outing as the First Doctor, Stephen Noonan is on buoyant form; quick-witted but changeable, he reinterprets William Hartnell’s performance in a way that gives you a new appreciation of the original. Teamed with Lauren Cornelius as the spirited Dodo, who breathes a new life into the all-to-brief companion’s tenure, the pair make an engaging team.

Recasting can be a contentious old business. With some roles, there are natural successors with a familial link, such as Daisy Ashford and Sadie Miller. More recently, Michael Troughton has taken on his father’s role as the Second Doctor. Like Tim Treloar taking on the Third Doctor, this recasting is something a little different.

There’s ample precedent for other actors to play the First Doctor; Richard Hurndall and David Bradley of course but, for a certain vintage of fan, Peter Cushing too. Stephen Noonan’s performance hits all the right notes and easily earns a seat at that table. We’re keen to hear where he takes the character next.

It should be noted that the company have no plans to part ways with David Bradley, who we hope will continue to appear elsewhere with his ‘An Adventure in Space and Time’ cast mates.

‘The Outlaws’ and ‘The Miniaturist’ are contrasting tales, one full of historical larks while the other pursues the fantastical. Both set out the stall for an engaging new take on the era, where Doctor Who’s only limits existed in the imaginations of its writers. Lots more please!

Doctor Who: The First Doctor Adventures: The Outlaws is available on CD and download from Big Finish.