Filming continues on Good Omens 2, reuniting Tennant and Michael Sheen in their roles as the demon Crowley and the angel Aziraphale.

While we’d already heard that Jon Hamm is back as Gabriel, Deadline have confirmed that Sir Derek Jacobi will also reprise his angelic role as Metatron. Also slated to reappear are The League of Gentlemen’s Mark Gatiss, Steve Pemberton and Reece Shearsmith, plus Niamh Walsh.

However, neither Benedict Cumberbatch nor Frances McDormand, who voiced Satan and God respectively, will be back this time. Presumably the story has no call for either, unlike the apocalyptic events of the first series. 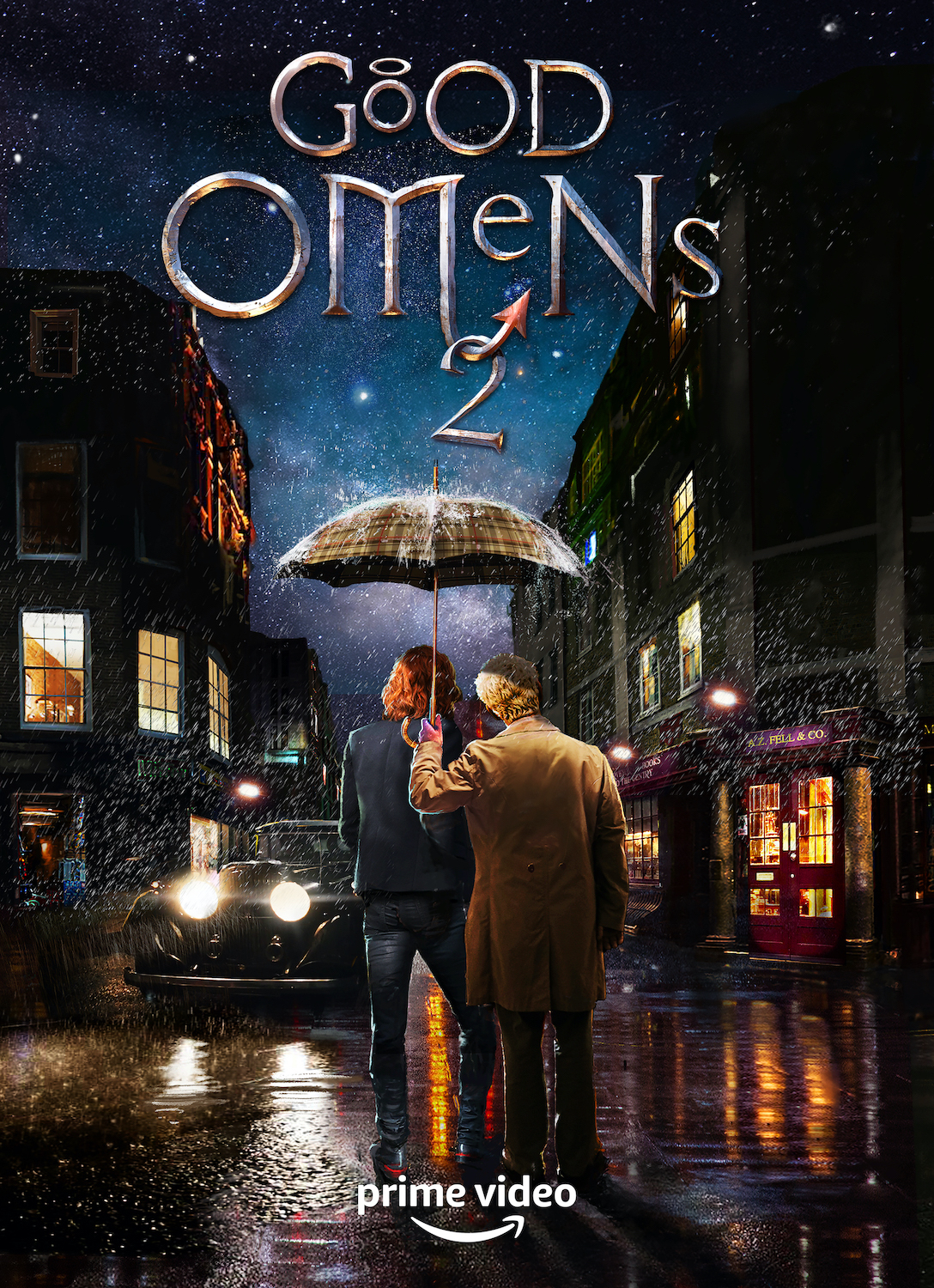 There are a clutch of new names joining the expansive cast too: Derek Jacobi’s former I, Claudius co-star Siân Phillips (Dune) will appear, as will Tim Downie (Outlander), Pete Firman (The Magicians), Andi Osho (I May Destroy You), and Alex Norton (Pirates of the Caribbean).

Of the latest announcements, writer and co-showrunner Neil Gaiman said:

“We are so thrilled that we were able to get so many fabulous actors to return to the Good Omens family. Some of them are reprising roles, some of them are playing completely new characters. And we are just as thrilled by the people coming to the Good Omens team for the first time. We have an ensemble cast of astonishing talent, and seeing what they’re giving us is a daily treat. I can’t wait until the rest of the world gets that treat, too.”

“We are happily working our way through filming Good Omens 2 in Scotland and these new cast arrivals will only increase the pleasure of it all. The remarkable Scottish crew are loving making the magic that is Good Omens and we can’t wait to share our stories with the world.”

A surprise to many, Good Omens 2 will continue story which began with the adaptation of Terry Pratchett and Neil Gaiman’s novel. This series, drawn from ideas for an unwritten sequel, will see Aziraphale and Crowley getting back to easy living. Until an unexpected messenger presents a surprising mystery, that is.

Good Omens 2 is bound for Prime TV to begin with, and the BBC some months later. Naturally, we’ll let you know when we hear more.